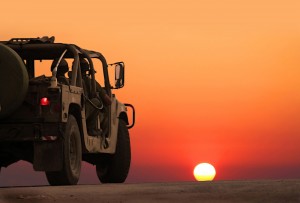 In recent days, our office has received some inquiries about a federal waiver request to the U.S. Department of Defense by our Elections Division in early July dealing with military voters.

The inquiries come on the heels of this FOX News story headlined “DOJ Accused of Stalling on MOVE Act for Voters in Military.” The story mentions Washington as one of two states  (Hawaii is the other, according to FOX) requesting this waiver.

We’ve asked for a waiver from the “45-day rule” in which states are supposed to mail ballots for military and oversea voters at least 45 days before Election Day.

So why the waiver request?

To make a long story short, the 45-day timeframe doesn’t comply with Washington’s statutory deadlines for candidate filing, printing ballots, mailing and receiving ballots, or certifying the Primary or General Elections.  Go here to see a more detailed explanation on why we requested this waiver.

It’s worth noting that the Office of Secretary of State is surveying our state’s roughly 50,000 military and overseas voters to ask if they would like to receive their blank ballots by email rather than postal mail.

During the 2010 legislative session, our office requested legislation (House Bill 2483 and Senate Bill 6238) that would have permitted military and overseas voters to return a ballot by fax or email as long as the voter’s signed declaration is returned with the ballot. The proposals also would have allowed military or overseas voters to request to receive all future ballots by fax, email or other electronic means. The federal Military and Overseas Voter Empowerment (MOVE) Act, recently passed by Congress, mandates that voters be able to designate how they want to receive their ballots, by mail or electronically.

HB 2483 was unanimously passed by the House but wasn’t bought up for a full vote in the Senate. We’re considering a similar version of this legislation again in 2011.

State Elections Division officials say sending ballots electronically to military and overseas voters will greatly increase the efficiency of getting the ballot to these voters who are located all over the world.  Many county elections offices that have military bases in their communities have been emailing ballots to military and overseas voters for years.  This has been a popular program with these voters, officials say.

As for the FOX News story, Elections officials say it isn’t accurately portraying the Department of Justice or the Federal Voting Assistance Program officials on this issue. As our Elections folks noted, they recently received some tough questioning from Department of Justice and Federal Voting Assistance Program honchos on why they should grant us the waiver. To our Elections staffers, it’s clear to them that DOJ and FVAP are not “ignoring” the MOVE Act or “encouraging” states to use the waiver.

7 thoughts on “The story behind our military voting waiver request”