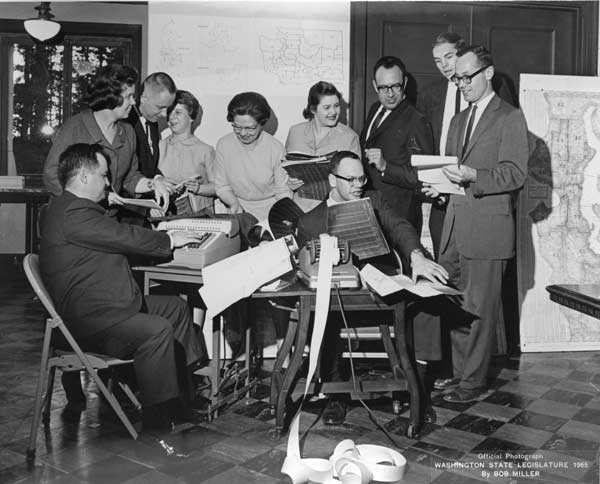 Soon after former U.S. Senator Slade Gorton was introduced today as the state Senate Republicans’ appointee to the 2011 state Redistricting Commission, he met in Secretary Reed’s office (below) to briefly discuss Washington’s current congressional and legislative district boundaries, as well as talk about past redistricting efforts.

Gorton is very familiar with the redistricting process. This 1965 photo above shows him (standing on the far right) and other House Republican members and staffers reviewing maps in the Legislative Building. Note the adding machine and the long roll of paper used back then, long before computers became a key tool in determining how to redraw the district boundaries. 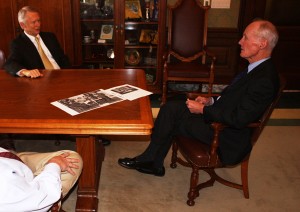 The state’s redistricting process was brought under the judicial microscope again in the 1970s, prompting passage of a state constitutional amendment in 1983 creating an independent bipartisan redistricting commission, charged with revising the boundaries of legislative and congressional districts. The first Redistricting Commission was appointed in January 1991 and submitted a plan to the Legislature on Jan. 1, 1992.