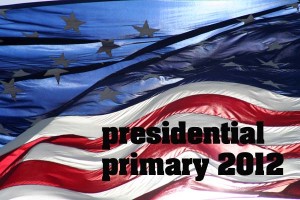 Washington lawmakers have approved a plan sponsored by Secretary of State Sam Reed and Gov. Chris Gregoire to suspend the 2012 presidential primary, to save over $10 million.

The state will use the Iowa-style precinct caucus-convention process as the fallback system, and will return to conducting the more broadly based presidential primary in 2016.

The House voted 69-28 on Tuesday in support of the Senate-passed plan, which was forwarded to the Governor for her signature.  The Senate vote earlier in April was 34-15.  A number of lawmakers on both sides of the vote said they vastly favor the primary over the old caucus system that draws many fewer participants and excludes overseas voters, including the military, and house-bound people or those who are working during caucus time.

Sen. Craig Pridemore, D-Vancouver, the prime sponsor, called it “a difficult decision we have to make during a difficult economic climate.”

“We absolutely prefer the presidential primary to the old caucus system.  In any other year, we’d be the LAST people to suggest not holding the 2012 presidential primary.  But $10 million is a lot of money when the budget gap is $5 billion and there are so many needs out there, and the voters have compelled Olympia to solve the crisis without new taxes.”

The Secretary noted that the primary was created by a citizen initiative to the Legislature in 1989 and draws more than 10 times the turnout of the caucuses — 1.4 million versus less than 100,000 in 2008, for instance.

Reed hailed the Legislature’s strong vote on the bill, and commiserated with those who wish that it weren’t necessary. He said when the presidential primary is resumed in 2016, he hopes to see a requirement that the two political parties use the results 100 percent for allocating delegates.  Democrats have never used the results and Republicans typically have allocated half of their national convention delegates through caucuses and half through the primary.

The caucus process involves neighborhood gatherings where participants sign in for a particular candidate. The candidates’ relative strength then is reflected in elections to county/legislative district gatherings and congressional district and state conventions.  Caucus strength sets the general proportion of delegates. Caucuses also include platform discussion and usually last an hour or more.

The presidential primary, conducted by mail over almost a three-week period, has allowed voters to select one party’s ballot and choose their favorite nominee for the White House.

Reed reminded voters that today’s action in no way affects the regular Top 2 state primary in August. Beginning next year, that primary will be held two weeks earlier, the first Tuesday in August, under terms of legislation passed recently. The same bill also allows electronic return of voted-ballots from our military and overseas voters.