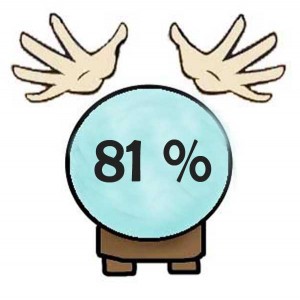 Secretary of State Sam Reed, Washington’s chief elections official, is predicting a robust voter turnout of 81 percent in the General Election that is currently underway.

Reed figures that Washington voters will be attracted by highly competitive races for president and governor, hot races for Legislature and Congress, and some of the most compelling ballot measures in the country.

Washington has nearly 3.9 million registered voters – an all-time high – and more are expected to be added, since new registrations are still being accepted in-person at county elections offices. About 150,000 new or reactivated registrations have been added since the August primary.

Washington’s historic average for presidential/gubernatorial year turnout since 1952 is 79.2 percent.

Reed, making his final turnout prediction before leaving office in January, said he expects a somewhat better-than-average participation due to the quality of the races and the ballot measures. Also, this is the first presidential/gubernatorial election conducted entirely by mail.

“It is true that there have been an avalanche of TV and radio commercials for months, blanket news coverage for the past year, and heavy spending by the campaigns. But the thing that drives turnout is whether you have compelling races and ballot measures that people care about.  We have that this year, big time.

“The presidential race has been front and center, and our open governor’s race has been highly competitive from the very opening bell.  Unusually, we have four wide-open statewide offices (governor, attorney general, secretary of state, and auditor) and three open congressional seats (1st, 6th and new 10th). The two parties are fighting a ferocious battle for control of the Legislature. Local communities have some terrific races and measures, and we are electing our judges.

“And our ballot measures seem custom-made for driving up turnout this year. We are voting on same-sex marriage, decriminalizing marijuana, authorizing charter schools, and deciding whether to require two-thirds supermajorities to pass taxes in Olympia.”

Counties started mailing out ballots on Wednesday and must complete the mailings by Friday. Return ballots must be postmarked no later than Nov. 6.  Ballot dropboxes are open until 8 p.m. on Election night. Help is available for voters with handicaps.

Reed said he doesn’t expect the turnout – ballot return, really – to match or exceed the record levels set in 2008, 84.6 percent.  The state and nation were “really revved up” that year, with the open presidential race generating the most excitement in a generation, he said.

This year, despite a long list of attractive races and issues, the state is coming off a weaker-than expected primary turnout (38.5 percent) and there has been talk of an “enthusiasm gap” in some quarters, he said.  Balancing those factors with all of the incentives for a great turnout, Reed said he’s still thinking turnout will be better than usual.