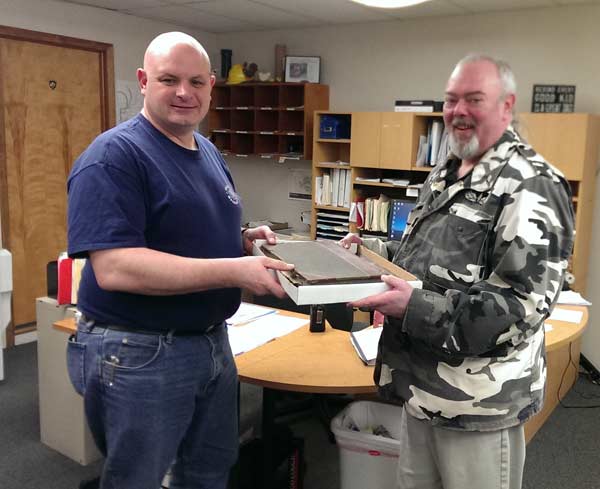 Between 1914 and 1920, the town fathers of Palouse, a small Whitman County community near the Idaho border and north of Pullman, kept careful minutes of the meetings of their city council. With elegant strokes of an ink pen, they wrote down the official business of their town in a leather-bound ledger.

These were years of prosperity and growth for the wheat-farming towns of Eastern Washington. Issues before the council included extending sidewalks and paving roads, regulating the grazing of cattle within the city (the park was placed off-limits for such purposes in 1919), and quarantining smallpox sufferers. In April 1917, a special session of the council passed an emergency regulation allowing farmers to plant crops in lesser-used city streets “by reason of the fact that our nation has been drawn into the World War.” A 1919 order closed all schools and theaters to limit the spread of influenza.

When the volume of the meeting minutes was filled, in the spring of 1920, it was put on a shelf next to earlier volumes. And then, at some point, it disappeared.

Last month, the City of Palouse received a phone call. A woman living in Wichita, Kansas, DonaMarie Goldsmith, was going through the possessions of a departed relative and found something interesting–an old ledger book from Palouse. How the ledger had ever ended up in her relative’s estate was a mystery, Goldsmith said. The departed had no connection to Palouse and was neither a collector nor a historian. Would the city like it back? A week later, the ledger was in Palouse again for the first time in at least 60 years.

Employees from the Washington State Archives came to Palouse on Monday to take the ledger book to the Eastern Region Branch of the State Archives in Cheney, where the rest of the series is stored. Preserved in fireproof, climate-controlled conditions, these ledgers will be available to the public and protected into the future.

(Thanks to the State Archives’ Larry Cebula for providing info for this amazing story.)