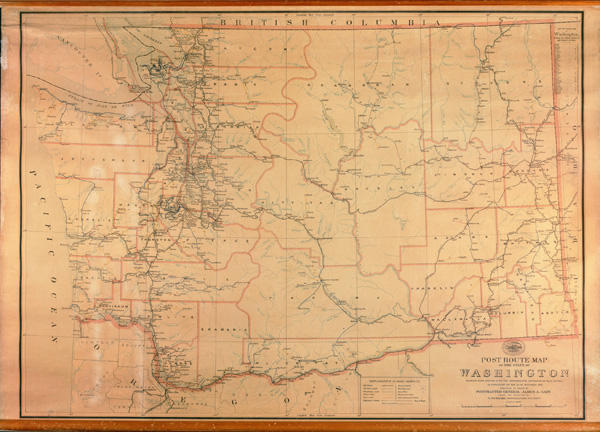 The library even has a classic map that Cliff Clavin, Newman and other famed postal carriers near and far would love. It’s a post route map of the state from 1897. The map shows the post offices with the intermediate distances on mail routes in operation on Sept. 1, 1897.

The postal map shows the relative position of the counties within the state at that time. Looking at the map, you can tell that Benton, Grant, Chelan, Ferry and Pend Oreille counties had yet to be created.

The map was published by order of Postmaster General James A. Gary that year. It is found in the State Library’s Rare Maps Collection and Northwest Maps Collection.

This map is the first Library Jewel for this month. Two more are coming this week, so be ready!