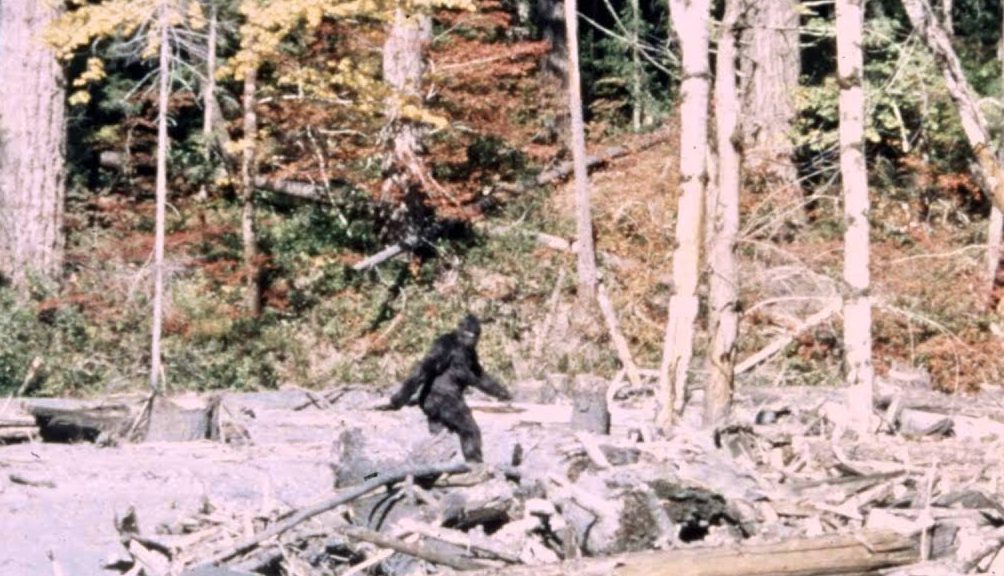 Just over 50 years ago, Roger Patterson and Bob Gimlin unleashed their Bigfoot video, better known as the Patterson-Gimlin film, on the world. The 59.5 seconds of original footage were met mostly with criticism and accusations—and not much has changed. 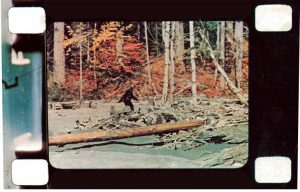 To the delight of conspiracy theorists around the world, Patterson denied hoax allegations until his death in 1972, and Gimlin still maintains the film ’s legitimacy. Pretty much everyone else, however, fully acknowledges the film was a hoax.

That certainly hasn’t stopped us from having a ton of fun with it for the last half-century, including legislators and the governor.

In February 2017, Washington State Senator Ann Rivers introduced SB 5816: Designating Sasquatch the official cryptid or cryto-animal of Washington. The bill did not advance to a floor vote. Perhaps 2018 will be its year?

Back in 1970, Governor Dan Evans wrote a proclamation designating “the Great Sasquatch” as the state monster. The proclamation was “affixed with a lock of hair from the right front shoulder of the Sasquatch.” 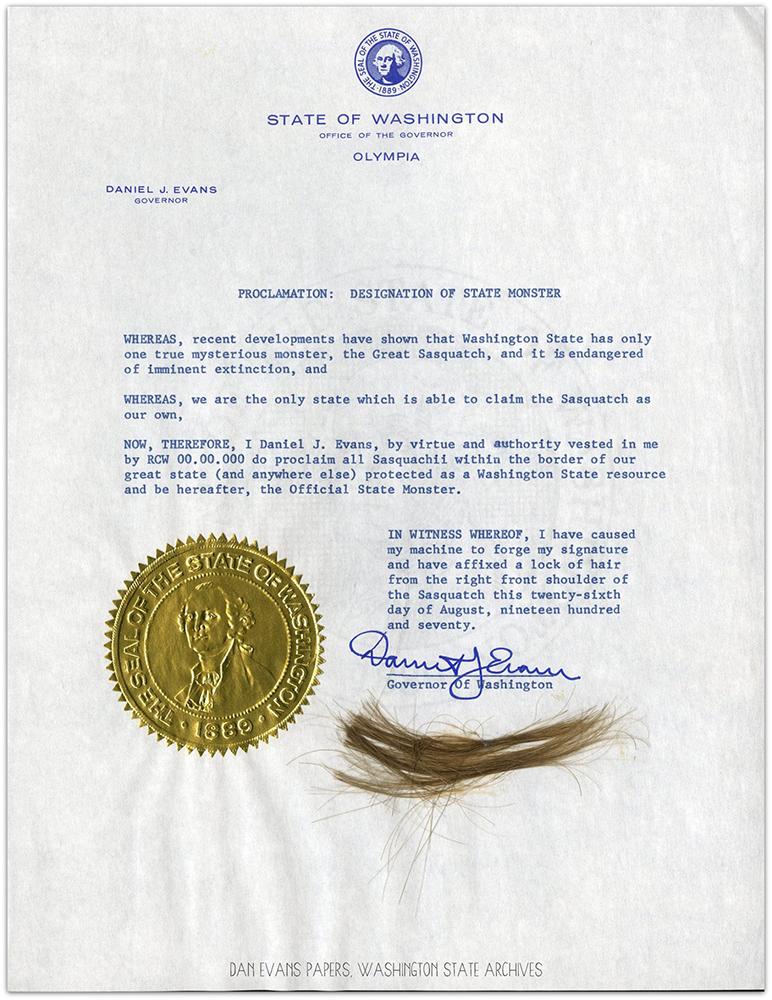 When the Archives received the letter with the lock of hair, we reached out to the state crime lab asking if they would test the hair sample. They basically said, “LOL, no.”

It was worth a shot. We still don’t know where the hair actually came from.

View the entire proclamation, as well as several hilarious memos and notes here.