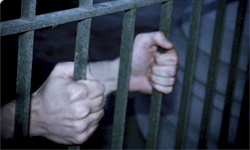 The 9th Circuit Court of Appeals has agreed to rehear a challenge of Washington’s longstanding ban on voting by felons.

Today’s development, handed down in a one-paragraph, three-line order signed by Chief Judge  Alex Kozinski, said the circuit court judges have agreed to rehear the case. No timeline was specified, but Kozinki and 10 judges drawn at random from the circuit will hear the case. Just a few months ago, in January, a three-judge panel from the circuit handed down a much-criticized 2-1 ruling (we blogged about it here) that said Washington is running afoul of the federal Voting Rights Act and the constitutional rights of felons by denying them the right to vote while they’re still in custody.

Washington has had that policy since territorial days, and nearly all of the states suspend the voting rights of convicted felons when they are incarcerated or on community supervision.

Secretary of State Sam Reed and Attorney General Rob McKenna — in Washington, D.C., on Wednesday for a landmark public records case — also are teaming up to try to overturn the original 9th Circuit decision.  They had wanted either a rehearing by the 9th Circuit or an appeal to the Supreme Court.

Reed said he’s pleased to get word of the new hearing:

“We remain quite optimistic that the courts will ultimately upheld our longtime practice of suspending felons’ voting rights.  We certainly support rehabilitation and felons do eventually return to their home communities and resume their civic duties, including voting. But we also believe that it is reasonable and rational for society to take away certain rights, including voting, whenever someone has been convicted of a serious crime and sent to prison.  Forty-eight states do this.”

Elections Director Nick Handy sent the state’s County Auditors word of the development and noted that the ban on felon voting will continue during the appeals:

“The earlier decision of the three-judge panel was never put into effect and so the decision today does not change any of your practices of procedures.  We will continue to observe the prior rules until we hear otherwise from the court.”

The case, you may recall, has been in play for 14 years, making it one of the state’s longest running lawsuits. It was originally brought in U.S. District Court in Eastern Washington by Muhammad Shabazz Farrakhan and five other minority inmates. They said minorities are disproportionately prosecuted and sent to prison, and that their automatic disenfranchisement violates the federal Voting Rights Act.

The Appeals bench concurred, and said the state’s criminal justice system is “infected” with racial discrimination. Three other  circuits, the First, Second and 11th, have reached the opposite conclusion about felon voting.