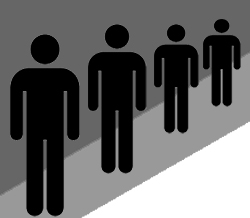 Governor Gregoire has signed legislation ordering many state employees to take 10 unpaid days off during the coming fiscal year – possibly starting on July 12.

The furlough bill, Senate Bill 6503,  gives agencies some latitude for avoiding the “temporary layoffs” mandate.  Many agencies are exempt, such as parks, highways and ferries, pris0ns, social and health programs, and workers who make money for the state, such as liquor store and lottery employees.  Employees who make under $30k a year are exempt.  And agencies can submit  alternative plans for saving the dough – $49 million all told.

But the governor said she’d prefer that those affected departments and employees – an estimated 20 percent of the state government workforce – actually take the days off, rather than cut costs in other ways.  Her budget director, Marty Brown, conceded in an interview that it may be harder than it looks. Employee unions have stoutly opposed the furloughs.

Gregoire did veto an requirement for pay cuts of $10 million for managers, saying it could be the equivalent of another two weeks off without pay.