Random News from the Newspapers on Microfilm Collection: The Missing Mayor, a Puzzling Death, and the Interstate Bridge Ghost.

While skimming through WSL microfilm issues of The Evening Columbian (Vancouver, Washington), this short little bit on the top of page 1, November 12, 1920, caught my eye and curiosity:

PERCIVAL IS BELIEVED TO HAVE PASSED KALAMA, WN.

RALPH PERCIVAL UNABLE TO FIND FURTHER TRACE OF FATHER, HOWEVER

“Kalama, Nov. 12.–R.G. Percival, son of Mayor G.R. Percival, of Vancouver, who has been missing for several weeks, was in Kalama this week investigating clues that have led him to believe that his father passed this way and went on farther.”

“A barber here was almost certain that he shaved the missing man Tuesday following his disappearance.”

“Young Percival in conversation here said that his father apparently did not strip himself of all means of identification and that prior to his departure he did nothing unusual.”

“The son is visiting all farm houses along the road hoping to find a place where his father may have stopped.”

“Ralph Percival today declared that he had been unable to identify the man thought to be Mayor Percival as the missing man. While a stranger answering the general description of the mayor was in Kalama on the day mentioned, Percival declared, he was unable to find further trace of him.”

For a sitting mayor to vanish without a trace or any warning is intriguing. Grover Reed Percival was born in Ohio, Feb. 18, 1860. He arrived in Vancouver in 1902 and made his living as an attorney. His civic service included serving on the City Council. He was elected Mayor in 1918 and was about to finish his term when he vanished October 17, 1920.

WSL has a strong run of The Evening Columbian (an ancestor of today’s Columbian), and it didn’t take much browsing ahead to find news of with a sad result concerning the missing Mayor.

Percival’s body was discovered November 22, 1920, hanging in a clump of trees on the Oregon side of the Columbia, about 100 yards from the Northbank Railroad Bridge. Later accounts would place the tragic discovery on Hayden Island. 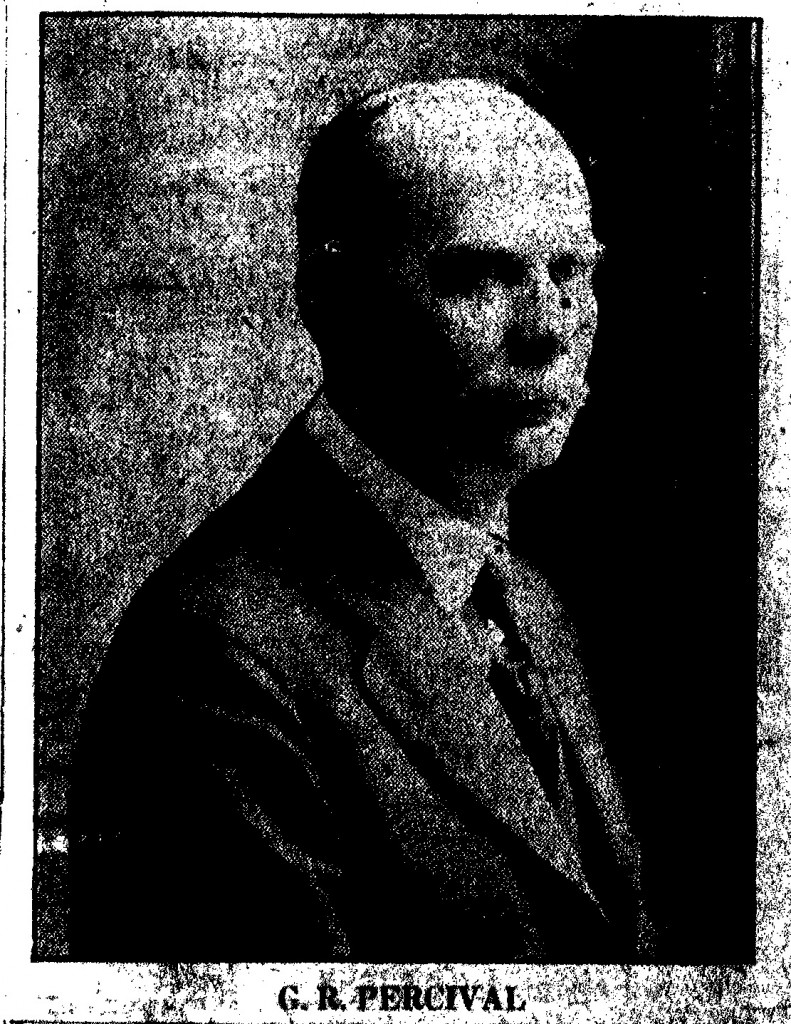 The Mayor does live on, some say, in the figure of the Interstate Bridge Ghost.

Barbara Smith’s Ghost Stories of Washington (2000) makes mention of Percival: “Many people have reported seeing the figure of a well-dressed man walking on the Interstate Bridge in downtown Vancouver. He appears in a solid form but then vanishes instantly. Researchers believe the ghost is the spirit of Grover R. Percival, a former mayor of Vancouver.”

Also published in 2000 was Ghosts, Critters & Sacred Places of Washington and Oregon II, by Jefferson Davis. He supplies some more detail on the ghost’s description: “On some autumn evenings, a tall slender man wearing a black overcoat and felt hat has been seen walking south, along the Interstate Bridge– and disappearing. Could this be the shade of Vancouver’s Mayor, Grover Percival?”

Davis hints that this could be possibly be an unsolved conspiracy: “His death was declared a suicide. However there is no known reason for him to take his own life. Although there were rumors of foul play for political purposes, nothing was ever proven. Some people who have seen the ghost wonder if it is Grover Percival reenacting his last actions as he took the long walk along the bridge.”

The next time I drive over that bridge I’m keeping my eyes wide open.