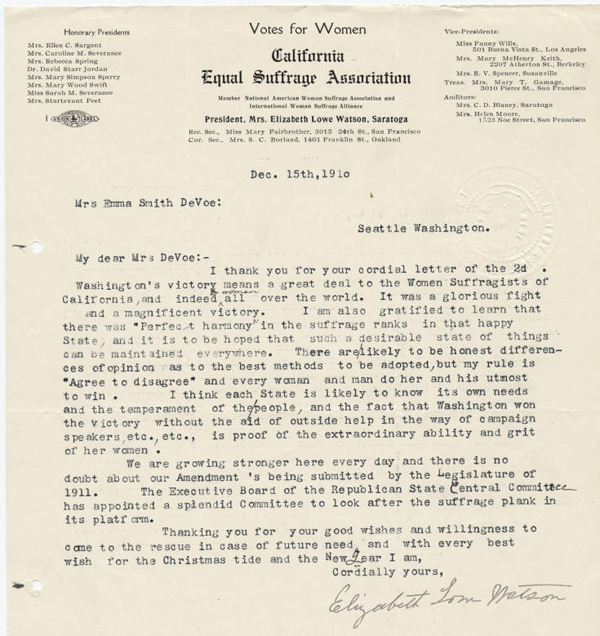 Annual report of the National American Woman Suffrage Association (It has Elizabeth Cady Stanton and Susan B. Anthony listed as authors.)

Speech of the Hon. D.R. Bigelow, on female suferage [sic] : delivered in the House of Representatives of Washington Territory Legislature, October 14, 1871

Woman suffrage : the argument of Carrie S. Burnham before Chief Justice Read, and Associate Justices Agnew Sharswood and Mercur of the Supreme Court of Pennsylvania, in banc, on the third and fourth of April, 1873, with an appendix containing the opinion of Hon. George Sharswood, and a complete history of the case, also, a compilation of the laws of Pennsylvania touching the rights of women

Look for our online poll  on the three August Library jewels and make sure to vote for your favorite!