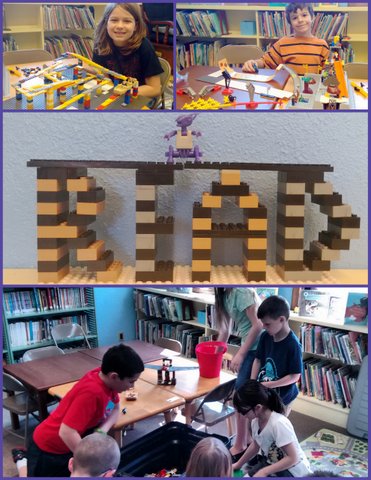 The State Library’s Lego kit which is traveling around Washington state was last sighted in Davenport where the library hosted a “Block Party”.  A Block party?  Well Lego blocks of course.  Librarian Katy Pike sent us a report and some great pictures so we thought we would share. In this small town of 1,682 the library program was attended by 10 kids, 6 adults and 2 teenagers – quite a turn out. The first 30 minutes focused on structural building and designs. During this time kids were encouraged to use any building materials that were available to make tall structures. The majority of the building materials came from a STEM kit that the State Library purchased in 2011 They explored what makes some structures more stable and compared the various types of materials used for building.  After all the building came… The un-building.  Katy reports that they had as much fun demolishing their structures as they did building them. Well yeah, isn’t the purpose of building a block tower to have the joy of knocking it down! 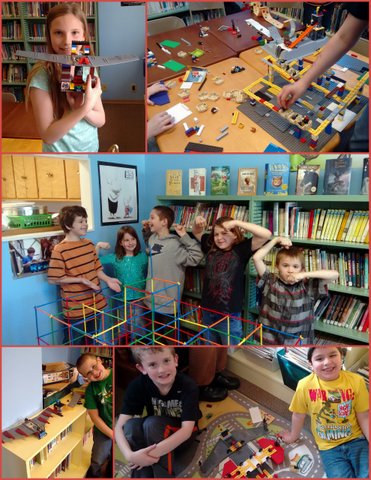 Next came the Lego Challenge.  Kids drew a random challenge card and had to build what was suggested on the card. Among these creations: houses, space ships, skate parks, a flower, and a pirate ship. The last hour was spent free building or designing your own mini figure. Later programming included stop animation with the free Lego Movie Maker App, Blindfold Block Building, “Around the Block” Poetry, and other activities. One look at the pictures and it’s very clear that these kids had a grand time playing with the Legos; so much fun they probably were unaware of all the great learning going on.