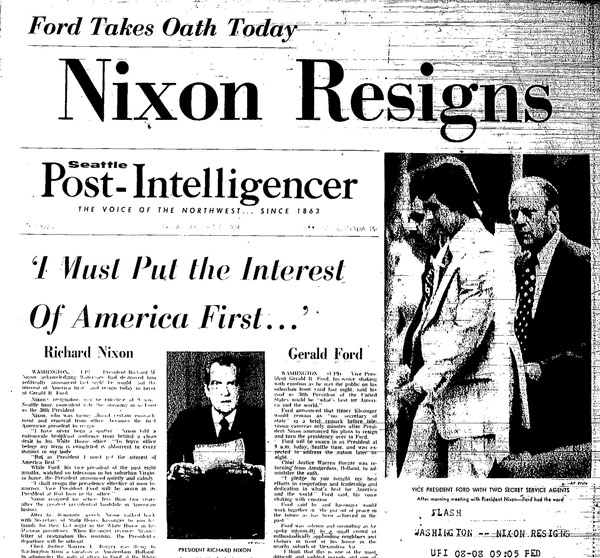 For those who lived it more than four decades ago, it was a “Where were you when it happened?” moment: On August 9, 1974 (almost exactly 41 years ago) , President Richard Nixon resigned at the height of the Watergate scandal. Nixon is the only U.S. President to resign from that office.

In the weeks leading up to Nixon’s resignation, Washington Gov. Dan Evans sent letters to members of Congress, asking them to consider amnesty for Nixon. The letters from Evans about this request, and the replies, are the first Archives Treasure for August. 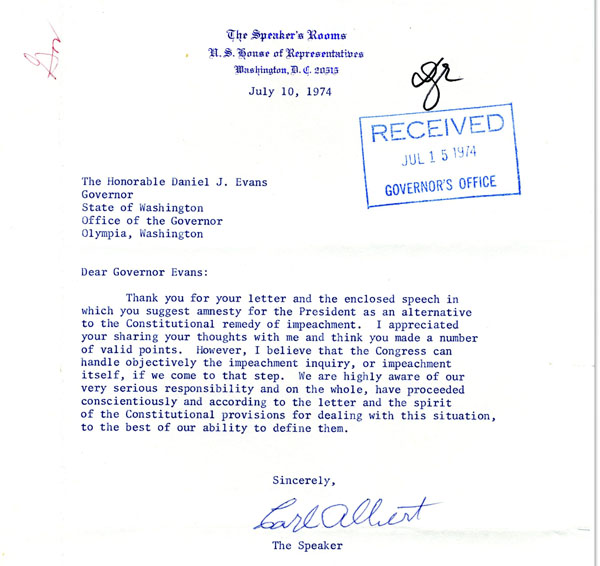 Evans’ letters prompted many responses by congressmen, including House Speaker Carl Albert (above) of Oklahoma and U.S. Rep. Charles Rangel, D-New York (below). 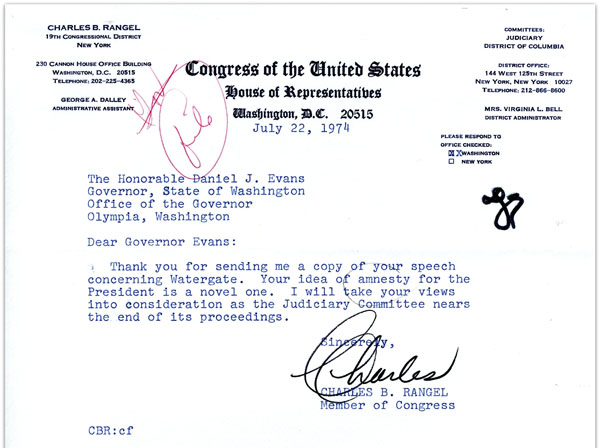 President Gerald Ford pardoned Nixon a month after he resigned. A day after the pardon occurred, Evans held a news conference to express his support for the pardon. Here is a transcript of that news conference, including a couple of questions from a familiar face around here, former AP reporter David Ammons, now OSOS communications director.