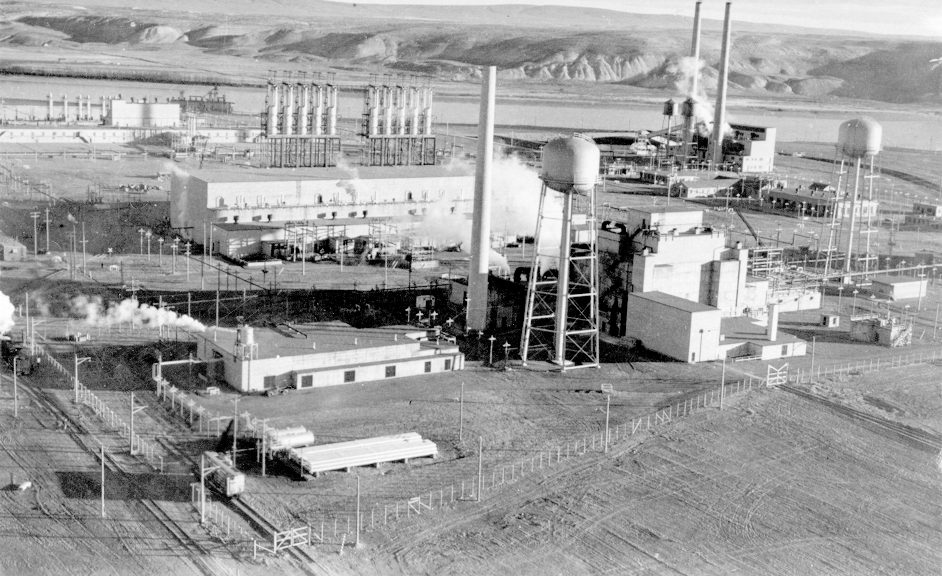 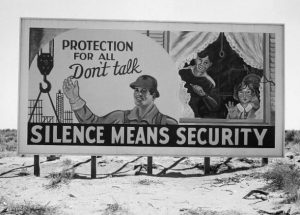 Plutonium is a radioactive element derived from uranium, and was discovered at the University of California, Berkeley, in 1941. Scientist Glenn Seaborg wrote a detailed description of plutonium and its potential uses. It could be a plentiful energy source, or used as a component in a major explosive weapon, he wrote.

Of course, the creative insights fell upon deaf ears as World War II raged overseas, presumably inching closer to home by the minute.

The Army Corps of Engineers kept plutonium from the public and ordered exhaustive research —official business of the Manhattan Project. The University of Chicago’s Metallurgical Lab (Met Lab) identified the most efficient method of extracting plutonium from uranium, with the timeframe they were given.

Fears of nuclear development in Nazi-Germany cut into the time Met Lab was allowed for experiments. It was time to build nuclear reactors and mass-produce plutonium.

In September 1942, General Leslie Groves was ordered to handle the first phase of the project: build the nuclear plants. Groves contracted with DuPont Corporation to construct the plants, and he assigned Colonel Franklin Matthias to the role of location scout. Matthias and the DuPont contractors were given a list of specific requirements.

The land had to be far away from the Tennessee site where vast amounts of uranium were used in weapon construction. It had to be at least 20 miles from any city of more than 1,000 residents. It needed a hazardous manufacturing area of at least 16 miles by 12 miles. There had to be no highways and railroads within 10 miles. It required an abundant supply of water and electricity. It needs room to have lab buildings more than eight miles from the manufacturing plants. The land needed to be solid so it could handle a lot of weight.

In December 1942, Colonel Matthias and the DuPont engineers flew over southern Washington. The land southwest of the Tri-Cities drew their interest more than any other location. It was remote, desert and bordered by the Columbia River. Matthias knew right away the land at Hanford and White Bluffs was the best fit they were going to find.

By late January 1943, General Groves inspected the area himself. Within a month, the government appraised and condemned the properties of 1,200 residents in Hanford and White Bluffs. Citizens were given 30 days to move and offered paltry compensation. The only justification stated: it was part of the war effort.

At the time, the secret operation was named Hanford Engineer Works (HEW), better known as “Site W.” The new center of plutonium manufacturing occupied a space half the size of Rhode Island.

HEW recruited workers with vaguely-worded classified ads, promising good pay and housing. Workers came in droves and quickly erected a series of barracks and mess halls where they lived, as well as a “government city” where the engineers lived with their families near Richland. Soon after, they unwittingly erected the world’s first major plutonium nuclear reactors alongside hundreds of miles of roads, railroads, fencing and disposal tanks.

We’ll get back to the disposal tanks.

Local press was asked to stay quiet about Site W. Luckily, they complied, with only the slightest of murmurs reaching the public. There was never enough information leaked to cause any sort of panic.

The operation went full-steam-ahead. General Groves admitted years later the project was rushed. “We could not afford to wait,” he wrote in his 1983 book, Now It Can Be Told: The Story of the Manhattan Project. Protocol was abandoned, and meager lab data was relied upon. In this wartime tactic, they proceeded with untested technologies to ensure the operation moved as quickly as possible.

The B Reactor was the first facility to commence production, in September 1944. Within two months, it had successfully isolated plutonium. In early 1945, D Reactor and F Reactor joined in, and every five days they sent shipments to the Los Alamos lab in New Mexico, where J. Robert Oppenheimer received the plutonium.

Production significantly slowed down briefly after World War II, but picked up again during the Cold War, and finally shut down completely with the dissolution of the Soviet Union in 1991. 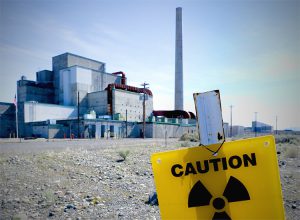 Over the years, several safety and pollution issues were brought to light. Declassified documents conceded radioactivity extensively affected the air, ground and water surrounding Hanford. The disposal tanks were found to be leaky and required a lot more maintenance than they were receiving. Water used to cool the reactors was cycled from the Columbia and back into the river. Lawsuits followed, and the nuclear waste at the Hanford site makes up about 60 percent of the nuclear waste handled by the United States Department of Energy.

B Reactor was scheduled to be “cocooned,” which means the reactor core would be encased in a concrete shell for 75 years like Hanford’s other reactors to allow radioactivity to decay. This was canceled when the United States Department of the Interior designated B Reactor a National Historic Landmark. It is now safe for tours by visitors ages 12 and up.

In 1988 and 1989, USDE teamed up with the Washington State Department of Ecology and the United States Environmental Protection Agency to execute the largest cleanup effort in the world.

To this day, the endeavor continues, and the site is closed to the public except for escorted tours.