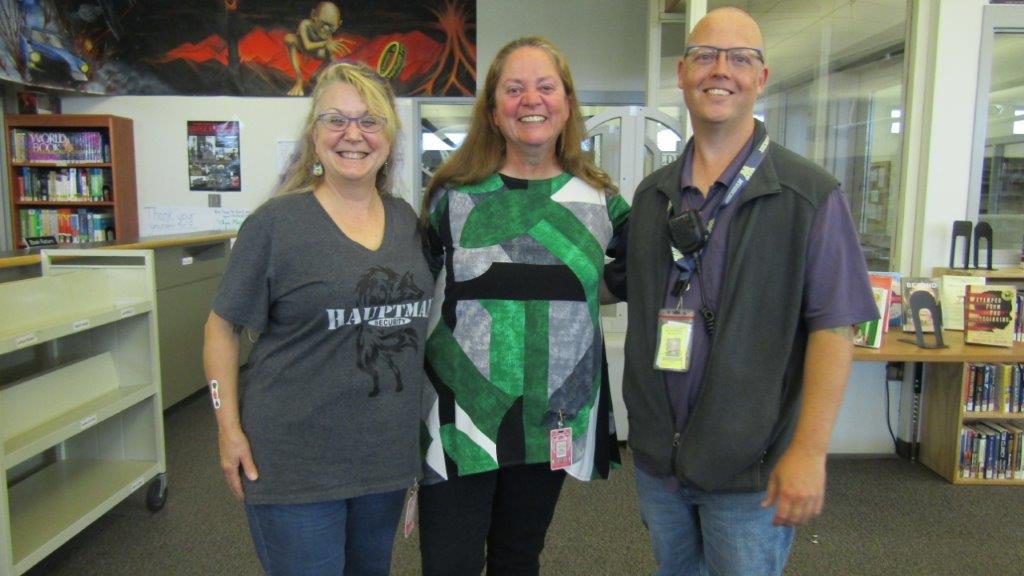 On August 28th, author Patricia Briggs gave a presentation in the library at Coyote Ridge Corrections Center to inmates and the Institutional Libraries Services staff of the State Library, which is a division of the Office of Secretary of State.

Nearly 50 inmates attended, and many posed insightful questions about how Briggs approaches the writing process.

She said that if you want to be a writer, the first thing you should do is read anything and everything. Her mother was a librarian, so books were always part of her life. As a child, her mother would have to tell her to put her books down and go outside.

When asked how much research she does for each book, Briggs answered that she came to visit Coyote Ridge a few years before and ended up using the experience in her book Night Broken.

She added that she doesn’t do research up front. When a character “knows something I don’t know,” then she goes and does the research, she said. Especially important, she said, is getting cultural details right. She uses a lot of Native American symbolism, so she is conscious of the cultural implications and tries to show appreciation for culture instead of appropriating it.

When asked how she got interested in urban fantasy, she said an editor with whom she had exchanged reading lists suggested she write it based on what she was reading. She takes comparisons to Laurel K. Hamilton as a compliment, but tries to avoid some of the unique parts of Hamilton’s writing, such as the extensive use of were-animals that aren’t directly from folklore/mythology such as were-rats.

An inmate asked Briggs if her books turn out on paper the way they are in her head. Briggs said her fifth book was the first one that came out the way she intended, and that the first four just happened to get finished.