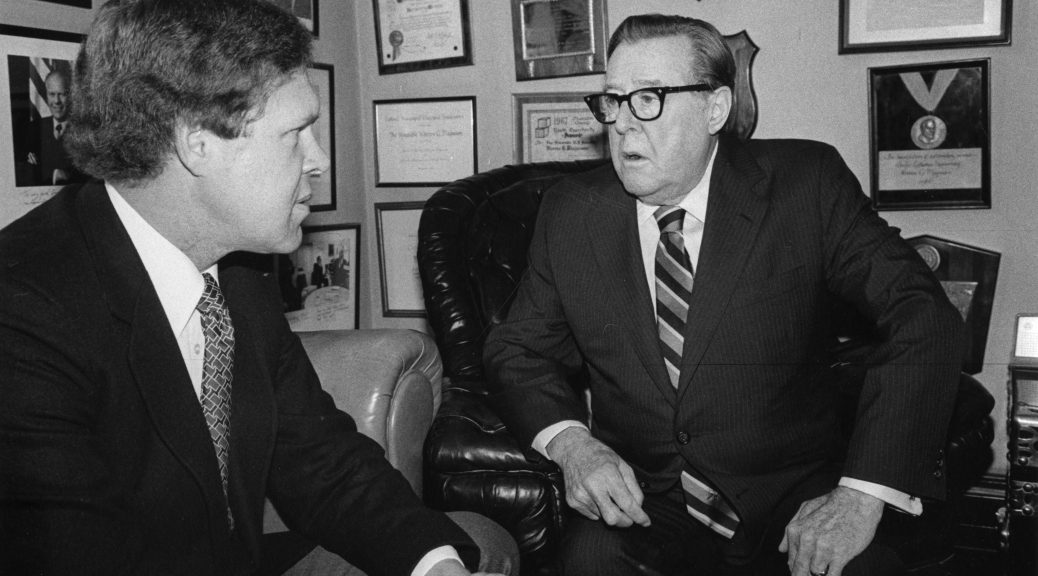 A profile of former congressman Norm Dicks is the latest chapter in Legacy Washington’s new project, “1968: The Year that Rocked Washington.” The profile — part of an exhibit that will open Sept. 13 at the State Capitol — is now online at the project homepage.

Dicks came of age at the University of Washington. And when he departed with a law degree in 1968, he landed a job as an aide to Warren G. Magnuson, the powerful U.S. Senator. “Maggie,” a UW alum, tended to surround himself with young Huskies.

Dicks was always a fast learner. He was a standout on the UW football team and an all-conference scholar. Football taught him teamwork; campaigning taught him that all politics is local. Elected to the ASUW Board of Control, he witnessed a sea change in student expectations and rights.

“The UW in 1968 was a microcosm of everything that was happening around the world in a year almost without parallel in modern history,” he remembers.

Dicks went on to serve 36 years in Congress, only once winning re-election with less than 58 percent of the vote. Pundits called him “Washington’s third senator.”