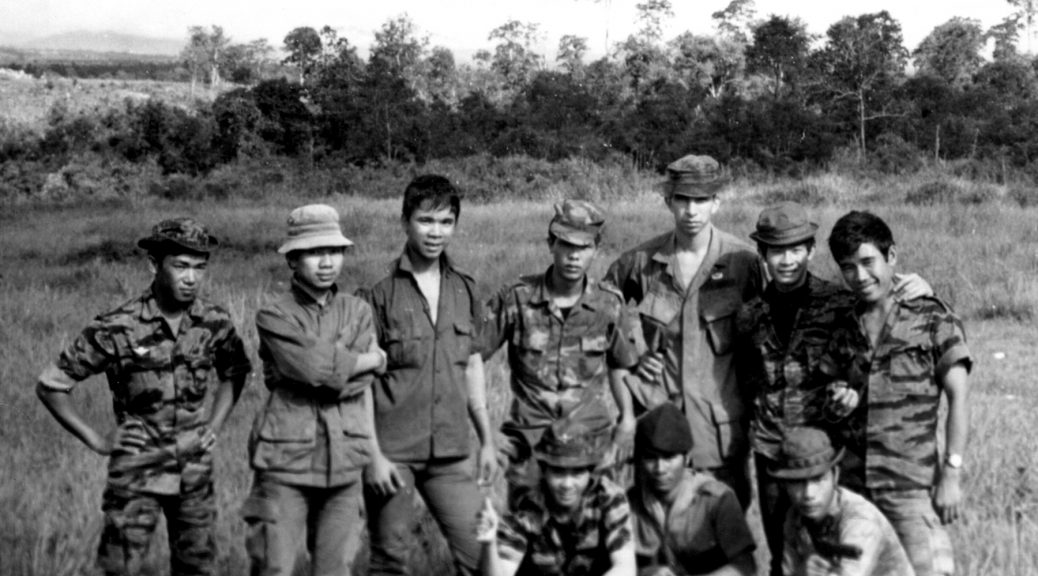 A profile of Bryon Loucks, a Green Beret medic who served with a secret reconnaissance group in Vietnam, is the latest chapter in Legacy Washington’s new project “1968: The Year that Rocked Washington.”

The profile — part of an exhibit that will open Sept. 13 at the State Capitol — is now online at the Legacy Washington 1968 homepage.

Loucks, a tree farmer who lives in Lewis County, grew up in Port Angeles. When he arrived in Vietnam in 1968, a seasoned team leader from New York, John Kedenburg, became his mentor. A stickler for detail, Kedenburg taught Loucks the lore of survival. It literally was a jungle out there along the Ho Chi Minh Trail.

Kedenburg’s selfless courage cost him his life when he relinquished his seat on a rescue helicopter to a member of his team during a ferocious firefight. Sgt. Loucks was part of the group that recovered his friend’s body. Kedenburg was posthumously awarded the Medal of Honor. “John was the kind of leader you never forget,” says Loucks, who formed a reconnaissance team he christened “Spike Team Washington.”

The Vietnam Veterans Memorial on the grounds of the Capitol at Olympia honors the 1,124 Washingtonians killed in combat or missing in action in Vietnam between 1963 and 1975. In all, the war claimed some 58,000 American soldiers.