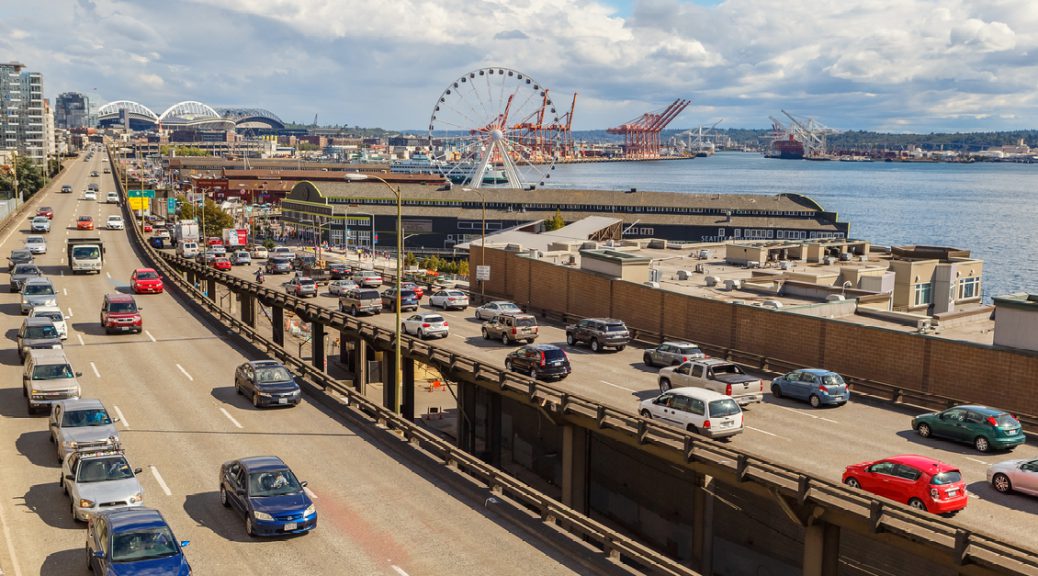 The last car to travel the Alaskan Way Viaduct cruised into a cold, dry Seattle night around 10 p.m. Friday, January 11, 2019.

The two-level stretch of State Route 99 along coastal downtown has been an element of the city’s skyline since the early 1950s, but safety concerns have hastened its departure. The viaduct was damaged by the Nisqually earthquake in 2001, and has been deemed susceptible to future damage should another earthquake rock the structure.

A tunnel under downtown has been constructed to replace the viaduct and is projected to open in early 2019 according to the Washington State Department of Transportation.

On clear days, drivers relished in the region’s unmatched views from the elevated decks. Others look forward to safer transit through Seattle (and no longer having to hear the phrase “Seattle squeeze”), even if the tunnel views consist mostly of taillights.

The Washington State Archives posted to its Facebook page a 1989 video from its road logs showing a driver’s point of view going north on Highway 99. Below, you can see that clip along with WSDOT’s drone footage of the new tunnel during construction. Take a ride through the past and future with these videos!

One thought on “Archives Spotlight: Ride through Highway 99’s past and future via the State Archives”