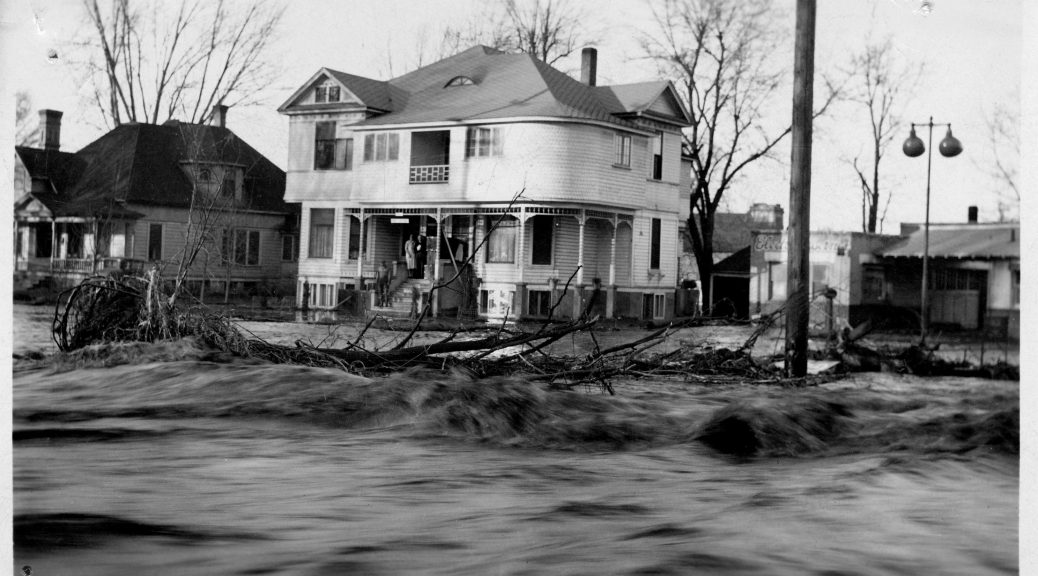 Even if you do enjoy the occasional snow, we can probably all agree that it creates headaches for driving, scheduling, dealing with kids who stay home from school, keeping the driveway shoveled, and so forth. Perhaps this look at a few historical weather storms will help remind us that the current weather isn’t that bad.

Floodwaters overcame the streets of Walla Walla during a storm in 1931. According to a State Archives researcher, this house is located at 104 S Palouse St in Walla Walla. It still stands today, just off the corner of Palouse and Alder Streets.

The Tacoma Narrows Bridge earned the nickname “Galloping Gertie” before its collapse during a violent windstorm in November of 1940, just four months after opening. The replacement bridge was also named Gertie — Sturdy Gertie. True to the moniker, it’s still there today.