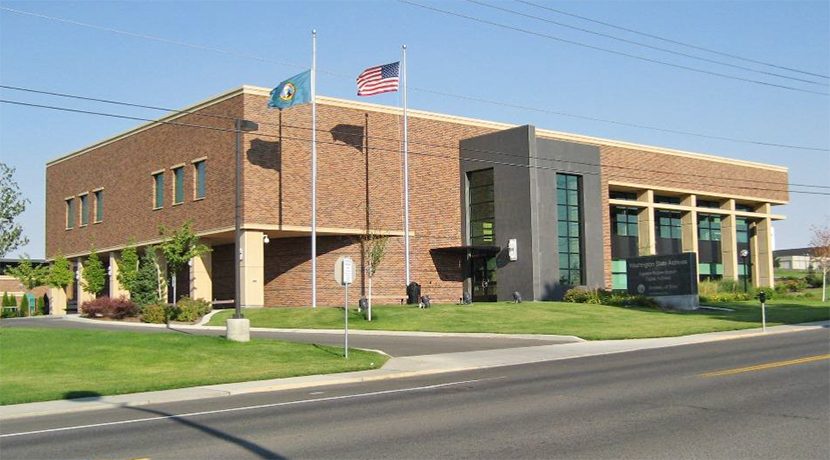 Whitney Wyngaert has interned and worked at the Eastern Regional Branch and Digital Archives of the Washington State Archives for the past two years. She was a graduate student in the history program at Eastern Washington University where she successfully defended her graduate portfolio and received her Master’s degree in June.

“It was the most ambitious graduate student project to date,” reports Bahn, who has previously supervised more than a dozen graduate projects. The collection arrived at the Eastern Regional Branch “not as organized as we might have expected,” according to Bahn. Wyngaert helped create an arrangement schema for the collection, processed one complete series, and wrote a description and agency history for the finding aid.

EWU students have already begun using the collection. Students in Dr. Ann LeBar’s “Historians as Detectives” class explored the collection for their research essays on the Atomic West. LeBar says that the students were fascinated by the records and the opportunity to do real archival research. “The student essays were the best I have ever gotten from a class in more than 20 years of university teaching,” LeBar reports.

In her two years of working as a graduate student at the State Archives, Wyngaert learned nearly every aspect of archival work, according to Bahn, including processing, fulfilling reference requests, writing finding aids, helping to organize outreach events, and contributing to social media. Her graduate portfolio can be viewed at her professional website: whitneywyngaert.com.

Wyngaert’s next adventure? She will soon begin a job as an archivist for the National Park Service, in the North Cascades.