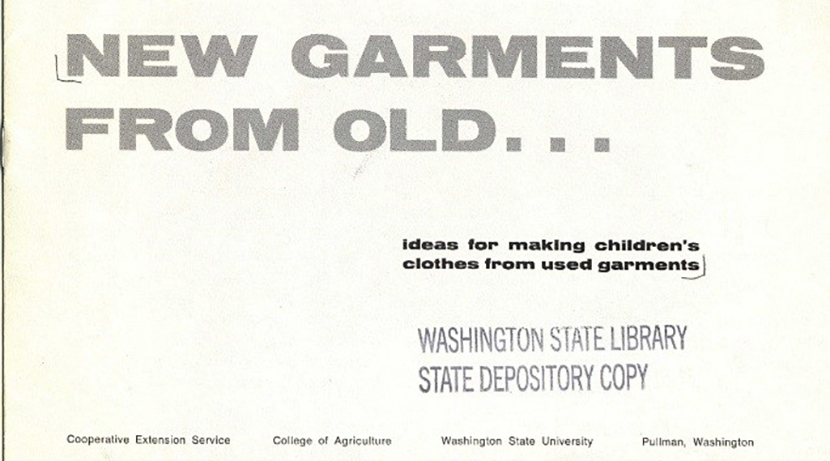 Whether you are sewing from scratch or upcycling, we’ve got you covered!

In honor of National Sewing Month and recent worldwide
interest in upcycling clothes, we’d like to share some little-known resources here at The Washington State Library.

A quick keyword search of our library catalog for the word ‘sewing’ shows a surprising number of books from our State Documents collection available to check out. These may help you with your next project.

And of course you can peruse historical newspapers for help and inspiration. Check out the new platform for Washington Digital Newspapers at washingtondigitalnewspapers.org and try searching the words ‘sewing pattern’.

Before there was YouTube, there was the Sewing Corps of the Air!
[Catholic Northwest Progress. February 12, 1943. p3. ]

The following links are interesting for finding a project or just marveling at how things used to be.