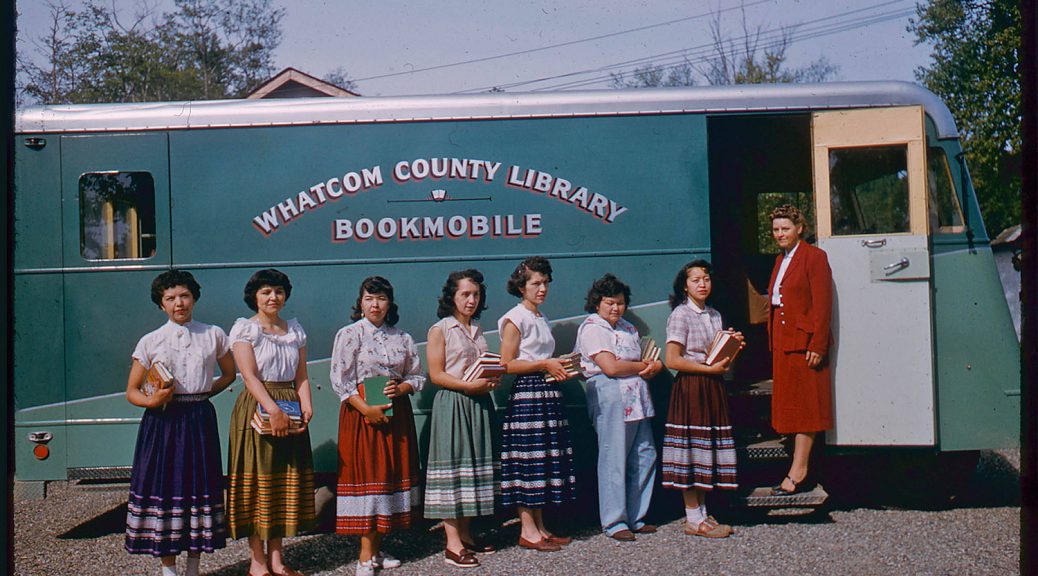 Across Washington state, public libraries have led the way in preserving unique local history collections with help from the Washington State Library’s Washington Rural Heritage program. Currently in its 12th year, this program provides small cultural heritage institutions with grants, training, and a digital platform to bring largely hidden community collections online and make them accessible to all.

To date, more than 150 institutions — primarily libraries and museums — have contributed to the collection.

According to Evan Robb, Digital Repository Librarian at the Washington State Library, the project has also uncovered and preserved the family photo collections of more than 500 Washington families.

“Many of these items have been digitized directly from the family photo albums and document boxes of private citizens. Once we’ve trained local libraries and museums to digitize collections to archival standards, they are ready to work directly with community members. So much of this unique content may have otherwise been lost to history.”

Here are some highlights from those projects:

The Asotin County Library worked with the Nez Perce County (Idaho) Historical Society to digitize photographic negatives taken by local photographer Chet Gilleland. Taken primarily during the 1950s through 1970s, many of these are portraits of citizens in Clarkston, Washington, and Lewiston, Idaho.

With thousands of the Ellensburg Daily Record’s photos held in its local history archives, the Ellensburg Public Library was challenged with selecting some of the best to add to its Ellensburg Rodeo Digital Collection. A team of library staffers and volunteers selected, scanned, and cataloged photos of thrilling bronc and bull riders, rodeo royalty, and Yakama Nation rodeo participants.

Nearing its 50-year anniversary as an incorporated city, Ocean Shores’ Library and the Coastal Interpretive Center teamed up to digitize a variety of documents telling the story of the development of this coastal peninsula. At the beginning of the 20th century, the peninsula was developed from ranching land to a planned resort community hosting golf tournaments and movie stars like Pat Boone and John Wayne.

Two public libraries in Washington received training in the creation of oral history interviews. They produced a number of fantastic recordings with local community members.

Earl Franz of Adams County, with a wide-ranging interview describing his immigrant ancestors, large working family (Franz jokes that as a young kid he thought his name was “Get Wood”), and farming in Eastern Washington: https://www.washingtonruralheritage.org/digital/collection/ritzville/id/912/

Pete Paulson, former mayor of Kalama, describing what it was like to grow up low-income in Kalama, changes to travel and industry, and a variety of “characters” from Kalama: https://www.washingtonruralheritage.org/digital/collection/kalama/id/544/

To celebrate 75 years of service, the Whatcom County Library System organized a county-wide digital initiative, bringing together a wealth of materials held at its library locations and collecting photos directly from library patrons through a series of “History Harvests”. This collection aims to document the development of the entire system, and continues to grow.

The Whitman County Library is a community-digitization leader in Washington state, having digitized material from more than 150 families throughout its service area. These photos offer intimate glimpses into everyday life in Eastern Washington, which might otherwise have been lost to time. See this year’s grant project here: https://www.sos.wa.gov/q/whitman2019