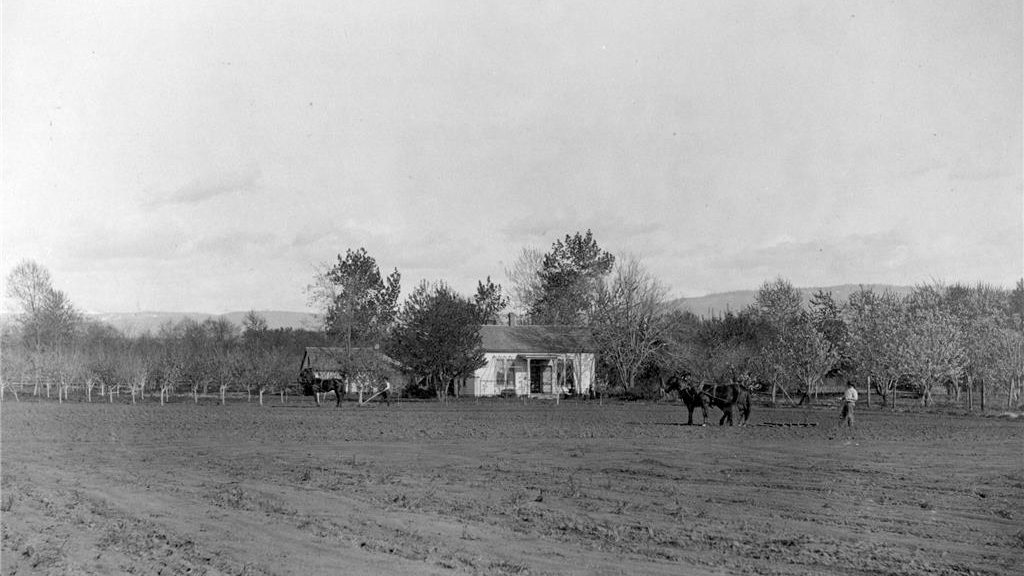 Archivists realize that no matter how well they think they know their collection, it still holds surprises. The Washington Territorial Court Case Files collection at the Washington State Archives Eastern Regional Branch recently delivered such a surprise.

Eastern Washington University graduate student and Archives Intern Devrick Barnett has been working on the Territorial case files for a few months now. Also known as the Frontier Justice collection, these consist of the surviving case files from the Washington Territorial Courts (1853-1889). The 37,000 court cases comprise an unmatched record of the frontier period of the Pacific Northwest. In careful 19th-century penmanship, the cases tell of Indian wars, gold rushes, saloons and brothels, religious rivalries, and commercial empires.

Among the many documents Barnett found was a presidential pardon signed by President Rutherford B. Hayes. The pardon settled what had been a messy land dispute with accusations of fraud in Walla Walla.

In 1878, Joseph “Jos” Logsdon and his sons Tyrah and Jesse were accused of violating the Homestead Act. Passed in 1862, the Homestead Act gave every adult an opportunity to claim 160 acres of government land, provided they “proved up.” This meant that claimants were required to reside on the plot and make improvements to the land over the course of five years, then have two neighbors verify they had done so.

The goal of the act was to boost western settlement; however, the act also encouraged fraud. For example, land speculators hired poor families to live on the land long enough to file a claim. Others who were claiming land simply perjured themselves. The requirement that claimants build a home on the land led to such clever innovations as portable wheeled cabins that could be moved from one claim to the next – witnesses would swear they had seen a dwelling on the land in question.

On occasion the government would crack down on the fraudsters. In 1878, it cracked down on the Logsdons. Joseph Logsdon “proved up” by showing he lived on the land he claimed under the act; however, he built a fake home to create the appearance of occupancy. In fact, he and his family actually lived on nearby land, not the land they claimed.

The Logsdons were tried for perjury and convicted based on their sworn statements that they had lived on and improved certain lands. It was believed their conviction was meant to serve as an example of what happened to people who exploited loopholes in the Homestead Act. The Seattle Post-Intelligencer reported “it has been a too common practice” for men to perjure themselves when claiming land, and that “the fate of Mr. Logsdon should provide a warning for all.”

It turned out Joseph’s son Tyrah appeared to have political connections. He was a mail carrier (a political patronage job at the time) and later the Chairman of the Whitman County Commission. As a result, the Logsdons were issued a presidential pardon by President Hayes on July 20, 1880.

Tyrah H. Logsdon lived a long and successful life after his brush with the law. He is portrayed in An Illustrated History of the State of Washington (1894) as “well and favorably known throughout the county of Whitman.”