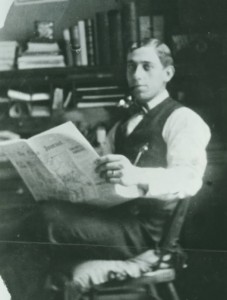 Edmonds Library will change its hours in May
Sno-Isle Libraries is changing, in some cases, expanding library hours to meet customer needs, according to library district officials. The changes will take place May 3. “We’ve realigned hours to better match the needs of our local communities, and will provide morning, evening and weekend hours in every location,” Deputy Director Kendra Trachta said. (The Edmonds Beacon, Mukilteo, 4/16/15)

Shelton Timberland Library a popular place
Visitors to the Shelton branch of the Timberland Regional Library are borrowing fewer physical books while increasingly downloading more electronic books. That’s also the trend nationwide, Library manager Patty Ayala Ross told the Shelton City Commission Monday at its regular meeting. The library is evolving into a community center where patrons not only read, but also knit, hook up to Wi-Fi, and participate in activities, said Ross, who has managed the library for nine years. “People are coming,” she said. “They’re coming in droves.” (Mason County Journal, Shelton, 4/23/15)

FVRL approves funding for new Washougal library
The Fort Vancouver Regional Library District board has added $250,000 to a cash reserve fund, to go toward a larger library in Washougal. There is already $500,000 for the Washougal project in the FVRL cash reserve. (Camas-Washougal Post-Record, Camas, 4/21/15)

Libraries change lives
This letter to the editor from Wes Teterud of Spokane Valley discusses the value of libraries and encourages voters of Spokane Valley/Millwood to vote yes on August 4 for two new libraries, the expansion of one existing library and the remodel of another. (Spokesman Review, Spokane, 4/23/15)

Visitors to Key Peninsula library embrace henna art
The Key Center Branch of the Pierce County Library hosted an all ages henna program to provide an opportunity for children and adults to learn more about the rich cultural history of henna art. The program was sponsored by Friends of the Key Center Library. (Peninsula Gateway, Gig Harbor, 4/15/15)

Library slates ‘block party’
The public library in Reardan is sponsoring a “block party” in cooperation with the Washington State Library. But look out – the blocks involved are of the Lego variety! The State Library, in partnership with Timberland Regional Library, is bringing Junior Maker Spaces to libraries throughout Washington by providing a visiting toolkit which contains 10,000 Lego bricks. (Davenport Times, Davenport, 4/16/15

Library offers print magazines on digital services
Timberland Library began subscribing to Zinio – a product that offers full color, interactive digital magazines. Users can browse our collection of popular titles with no holds, no checkout periods, and no limit to the number of magazines that can be downloaded. (Mason County Journal, Shelton, 4/16/15)