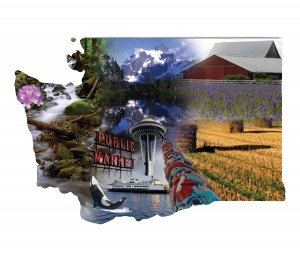 Washington apparently is still in line for a new 10th congressional district, according to analysts at Election Data Services.

The analysis, reflecting fresh population estimates from the Census Bureau, says if the numbers hold up in the 2010 Census data that comes out in less than three months, Washington will take the 434th of the 435 House seats as a net gain. The EDS survey, however, points out that a number of other states, including Oregon, are on the bubble, fairly close to winning a new seat.

The analysis says Washington gains a 10th seat by a fairly narrow advantage of 12,923 people. The last seat would go to Texas by a margin of about 38k.  Washington has grown about over 92,000 people in the past year and now stands at 6,756,150.

“We continue to be guardedly optimistic that we’ll pick up another seat in Congress, which will give us a greater voice in Washington, D.C.,”  said Secretary of State Sam Reed.  “Our state has grown steadily in the past decade, and we’re on the map as a great place to live, raise our families and do productive work and provide the products that are the envy of the world.”

The rejiggering of the 435 districts among the states, to make representation more equitable, is called “reapportionment.”

Once we know for sure how many districts we have, the U.S. and state constitutions require us to “redistrict,” meaning to redraw our districts (both congressional and legislative) so that they are of equal population.

In Washington,  a voter-approved constitutional amendment assigns that duty to a bipartisan citizen commission. Two Rs and two Ds are the voting members and they appoint a fifth person to serve as non-voting chair.  Maps must be agreed to by at least three commissioners, and the Legislature’s vote is basically up-or-down.  This process already is under way at the staff level, and commissioners will be picked in January.  New districts take effect in 2012.

One thought on “A perfect 10: WA still in line for new district”