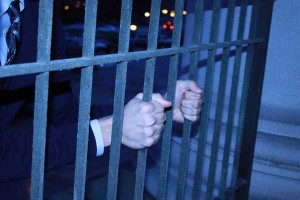 Washington Attorney General Rob McKenna, backed by Secretary of State Sam Reed, will personally argue in federal appeals court next Wednesday for reversal of a a widely criticized decision that tossed out the state’s ban on felon voting.

McKenna and Reed held a joint news conference Friday before the attorney general headed to San Francisco to prepare for oral arguments before an 11-judge panel of the 9th Circuit Court of Appeals.

A three-judge panel of the court, in a surprise decision that drew widespread attention, ruled 2-1 in January that the disenfranchisement of felons is unconstitutional and violates the Federal Voting Rights Act of 1965. The court itself then took the unusual step of vacating that ruling and granting a quick rehearing.

McKenna and Reed expressed optimism that the court will again give the green light to a policy that exists in 48 states and has been on the books in Washington since territorial days. McKenna told reporters there is a “very sound legal basis” for denying felons the right to vote while they’re behind bars or on commujnity supervision. Congress had no intention of applying the Voting Rights Act to felons, and disenfranchisement is authorized in both the federal and state constitutions, he said.

“We believe that the loss of voting rights is an appropriate and reasonable sanction for society to demand of felons while they are incarcerated or on community supervision. Most states have this sensible policy.”

The case was originally brought 14 years ago in U.S. District Court in Eastern Washington by Muhammad Shabazz Farrakhan and three other black inmates, and by a Native American and a Latino inmate.  The inmates said minorities are disproportionately prosecuted and sentenced to prison, and that their automatic disenfranchisement violates the federal Voting Rights Act.

The Appeals bench concurred with the inmates that the state’s criminal justice system is “infected” with racial discrimination and that the challengers don’t have to prove that that it is intentional or racially motivated discrimination. The challengers didn’t assert that the felon disenfranchisement law was enacted with intent to discriminate, but said that when the law is applied in the context of the criminal justice system, it is more likely for minorities to lose their voting rights.  That’s illegal, they contended.

The court held that the Voting Rights Act, adopted by Congress in 1965 for the purpose of eliminating racial discrimination in voting, does not permit disenfranchising voters who are behind bars when the criminal justice system is skewed toward greater incarceration of minorities.

Three other circuits, the First, Second and Eleventh, have reached the opposite conclusion about felon voting.  The decision in the First, out of Massachusetts, was in 2009; the 2nd Circuit decision, in a New York case, was in 2006; and the 11th Circuit, out of Florida, was in 2005.

For a full explanation of when felons regain the right to vote, visit the Secretary of State’s Web site.

Copies of the court documents in this case are also available on the Secretary of State’s Web site.