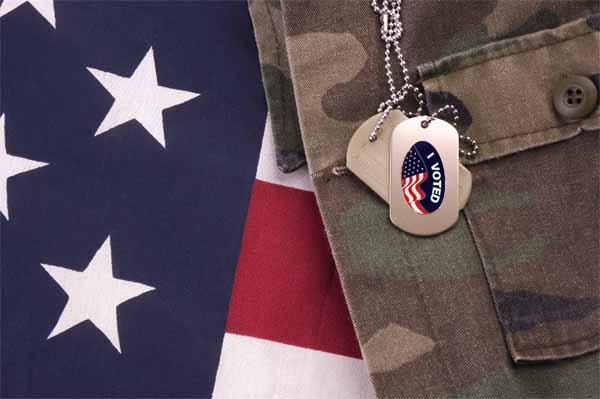 Washington election officials today emphasized that the state’s recent federal “waiver” of the 45-day ballot deadline for military and overseas voters shouldn’t be viewed as providing less voting time for our soldiers abroad. Indeed, Washington has a generous 51-day transit period, and all properly voted military ballots that are returned in the three weeks after Election Day are counted.

“It’s clear that some people hear the word `waiver’ and jump to the erroneous conclusion that it means we are trying to shortchange our military voters, or even disenfranchise them. Nothing could be further from the truth!  We are providing a 51-day transit period, and many counties will be able to make the 45-day standard that is mentioned in the new federal law.”

Secretary of State Sam Reed, a former County Auditor himself for many years, said military voters have always been a paramount priority for state and county election officials — and that nothing has changed about that firm commitment.  The former president of the National Association of Secretaries of State noted that Washington has been a national leader in complying with the new federal MOVE Act, including emailing and faxing ballots.

“For the past 10 years, we have championed legislation at the state and federal level on behalf of our military voters. Our County Auditors and this office have always highly valued our servicemembers and all the Washington residents who are overseas as missionaries, relief workers, Peace Corps volunteers and business people.

“We bend over backwards to get military people registered and to make sure they get their ballots in a timely fashion, no matter where they may be stationed.  The Department of Defense, the National Guard leadership and veterans groups have complimented our efforts, and there is no way we would have gotten a waiver if we hadn’t demonstrated that our program is of the highest caliber.

“Make no mistake, the counties are making every effort to get the ballots into the mail ASAP.  Ballots also are available by instant email and fax.”

Because of Washington’s late primary, there are only 11 days between certification of the final list of candidates and Sept. 18,  45 days before Election Day.  The alternate plan that the feds appproved last Friday gives counties until Oct. 3, if they need it, meaning the ballots would go out at least a full month before Election Day.  And, again, the ballots will have three extra weeks after Election Day to arrive  back at the county elections office and be counted. Most states require ballots to be returned by Election Day.

The state Elections Division has posted Frequently Asked Questions on the elections homepage.