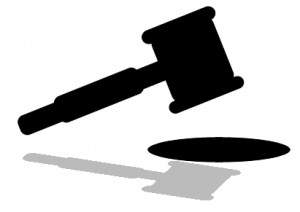 Judge Richard Hicks of Thurston County Superior Court has just lifted the ban on releasing initiative petitions under the state’s Public Records Act.  His decision does not allow release of Referendum 71 petitions, however, since those are still the focus of a federal lawsuit brought by foes of same-sex marriage, and the federal judge has released a ban on release at this point.

State Elections Director Nick Handy said petitions will be released as soon as possible, and that he was pleased with the decision. The main pending (non-R-71) public records requests are from Mountlake Terrace lobbyist-consultant Bryan Wahl, who requested petitions on 11 ballot measures, most from initiative activist Tim Eyman.

The judge had issued the release ban last Oct. 14 as part of a legal challenge brought by Eyman and allies who oppose public release of petitions.

Six groups or individuals have requested  R-71 petition sheets, which spawned a controversy that went all the way up to the U.S. Supreme Court.  The high court ruled that, as a general proposition, the release of petitions does not infringe on constitutional First Amendment right to free political speech.

Protect Marriage Washington, the group that wanted to overturn the state’s new domestic partnership law via R-71, has returned to U.S. District Court to ask for continued shielding of the R-71 petitions.  Last fall, voters upheld the “everything but marriage” law and it took effect last December.

Hicks’ brief order said he had considered the arguments of both sides and had decided to dissolve the temporary restraining order he had issued last Oct. 14.

UPDATE: There was no mention of whether Eyman’s main legal challenge will continue. The judge said he was not dismissing Eyman’s case.

Secretary of State Sam Reed praised the development Friday. He said the state continues to believe that the voter-approved Public Records Act requires release of the petitions. The public wants transparency, and signing a petition is essentially the public’s way of participating directly in lawmaking, he said. Petition-signing is a public act, not a private expression such as voting, he said.

“We have been for transparency since Day 1, and we believe the public wants its business, including citizen legislating, done in the light of day.  We have released 2 million petition signatures in recent years and we’re unaware of a single problem arising.”