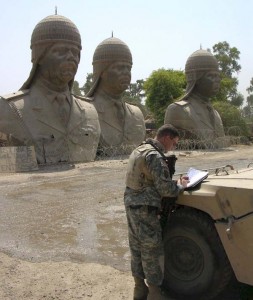 Washington lawmakers have voted to move the state’s primary election two weeks earlier and to make it easier for our military and overseas voters to cast ballots electronically.  Secretary of State Sam Reed, who championed the legislation, hailed the Senate’s unanimous vote Thursday that sent the measure to Governor Gregoire for her signature.

The measure, Senate Bill 5171, allows service members and Washington voters abroad to return their voted ballots by fax or email, as many states do. Currently, ballots can be sent electronically to the voter, but the final voted ballot must be returned “snail mail” before the vote will be counted.

Another key feature of the bill, also aimed at serving military and overseas voters, is moving the state’s Top 2 Primary two weeks earlier in August.  That would help the state’s 39 counties meet new federal mandates that all military and overseas ballots go out at least 45 days before Election Day.  Currently the state’s relatively late primary makes it difficult for some counties to get the ballots in the mail on time. (After each primary, it takes three weeks to have results certified, followed by state certification, possible recounts or court proceedings,  and preparation of a wide array of ballots.)

Last year, the state got special federal permission to keep its 30-day advance mailout deadline, since Washington accepts military and overseas ballots for three weeks after the Election Day. That gives the state over 50 days total transit time.  However, the feds advised Washington that the 45-day pre-election deadline is important and that the state shouldn’t try to get by with annual requests for waivers.

The measure, sponsored by Sens. Steve Hobbs, Pam Roach and others, also moves filing week earlier and revises candidate filing provisions in the event of a vacancy.

The earlier primary will begin next year.

“We appreciate the virtually unanimous support in our Legislature for changes that will bring us into full compliance with federal law, which we have long supported.  Senator Hobbs, Rep. Chris Hurst and other key legislators were extremely helpful in moving this legislation forward.  and we thanks them.

“We have a long and proud history in this state of providing strong voter services to our military and to the many people whose jobs take them abroad or serve so well in mission and relief work.”

Washington has roughly 50,000 military and overseas voters, and the fifth highest military population in America.  We have five military installations.