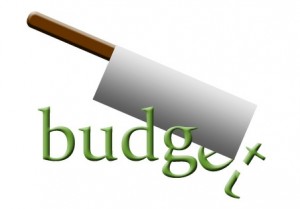 As Washington struggles to emerge from the deepest recession in 80 years, lawmakers have reached an 11th-hour budget deal for the next two years, cutting expenses in virtually every sector of state government.

The $32.2 billion plan, hammered out behind closed doors by negotiators from all four caucuses, relies on nearly $4.6 billion in spending cuts, including $1.2 billion saved by not funding two voter-approved education initiatives.  Other monster cuts are higher education, $535 million, offset by an expected $376 million in much higher tuition; $344 million in future pension benefits for PERS1 retirees; $215 million for smaller K-4 class size; $179 million by presuming a 1.9 percent pay cut for teachers; $177 million from a 3 percent pay cut for most state workers; $150 million from hospital rates; $129 million from tighter eligibility for Basic Health Plan; $116 million by recasting the Disability Lifeline program; and so on.

Legislative leaders and budget negotiators rolled out the new plan at a joint news conference, praising the unusual bipartisan approach to this budget.  Gov. Chris Gregoire, a Democrat, quickly endorsed their work.

Lawmakers are racing a midnight Wednesday adjournment deadline, and several potential hangups remained, including the construction budget and a constitutional amendment to roll back the percentage of the state General Fund that can be used for construction bond debt.

The Office of Secretary of State, meanwhile, saw its Heritage Center fund swept away, shifted to  history museums, arts and preservation organizations. The Heritage Center was authorized by the Legislature as a central home for the State Archives, State Library, and education and history exhibits on the Capitol Campus. The $12 million savings account, primarily generated by previously authorized fees on filing of documents, had been set aside to await a final legislative decision on site, design and bond authorization.

The budget also ended, at least for the next two years, the state’s Productivity Board, which solicits money-saving efficiency plans from state employees.  The program has saved nearly $60 million since its inception.

Secretary of State Sam Reed said he was deeply disappointed by the two big cuts in two of his favorite projects.  The agency voluntarily proposed a $10 million savings by forgoing the 2012 presidential primary, as the Secretary of State’s contribution to the budget fix.  Those savings, also endorsed by the Governor, were accepted, but then additional cuts also were imposed. He said:

“The Heritage Center is designed as a resource for the children of Washington, for all visitors to Olympia and for a big online presence.  We have an obligation, and a privilege, to preserve our history, to protect our documents and library holdings, and to serve each generation, through good times and bad.

“And the Productivity Board has been an amazing success story — one of the best things we do in state government to really engage our frontline workers in continuous improvement of services to the public.  For each dollar spent, we have captured over $9 in savings — a real bargain for the taxpayers. “