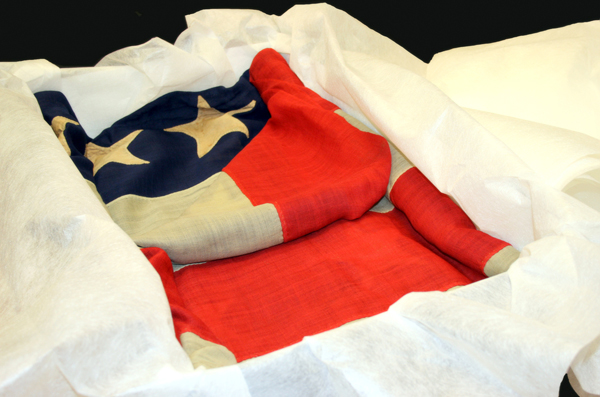 Since June 14 is Flag Day, it’s fitting that our first “contender” in the June “Archives treasures” contest is a historical flag. It’s an original 10’x16’ 42-star U.S. flag from 1889. A portion of this rare flag is shown in the photo above. Archives staff says this flag made of wool gauze with hand-stitched stars  probably was the one draped over the Territorial Capitol Building (photo below) at the inauguration of Elisha P. Ferry, Washington’s first state governor, on Nov. 18, 1889. What’s noteworthy about the U.S. flag having 42 stars back then is that Washington became the 42nd state, thus necessitating the change to the “Stars and Stripes.”

The 42-star flag served as the American flag from Nov. 11, 1889, when Washington was admitted as a state, until July 3, 1890, when Idaho officials reached statehood.

We’ll feature the other two Archives treasures in the next few days. 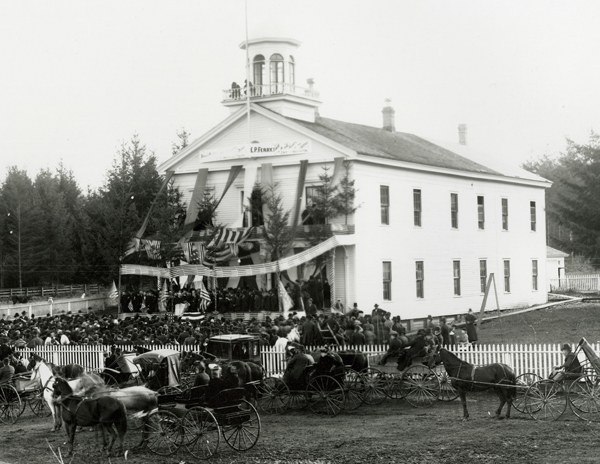