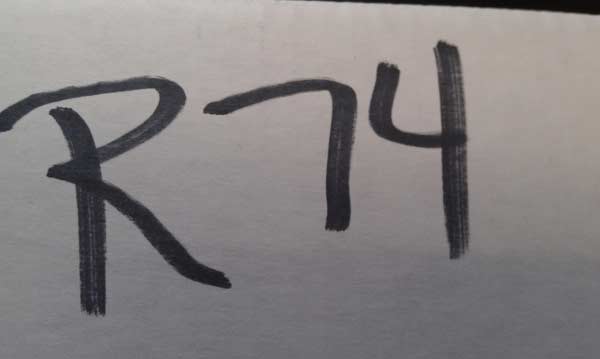 It’s official: Referendum 74 will be on the state’s General Election ballot this fall.

R-74 qualified after the signature-verification check was completed early Tuesday afternoon and then certified, clearing its way onto the ballot. Since the 247,331 signatures turned in by the sponsors were far more than the minimum of 120,577 valid signatures from registered Washington voters needed to make the ballot, a 3 percent sample check was conducted. Of the 7,561 signatures that were sampled during the check, 6,877 were accepted and the rest were rejected because the signer is not registered to vote, the signature on the petition did not match the signature on the voter registration record, or the voter signed the petition more than once.

The referendum gives voters a chance to approve or reject the state’s newly passed law that allows civil marriage for same-sex couples.

Now that the R-74 signature check is completed, the Elections Division will conduct a full review of about 1,000 questionable signatures that were discovered last weekend.  Before starting their 3 percent random sample test on Sunday, Election Division crews found about 50 petition sheets that they suspect may be fraudulent. The signatures were mostly names of legitimate registered voters, but the signatures on the petitions did not match the signatures in the voter registration records.

The questionable petition sheets were set aside and did not affect the R-74 signature-check.

Katie Blinn, co-director of the Elections Division, has asked the Washington State Patrol to investigate the questionable signatures and take appropriate action. In previous cases, the patrol has investigated and then turned the information over to a county prosecutor. Once the Elections Division finishes its own investigation on the questionable signatures, it will turn them over to the State Patrol.

Initiative/referendum petition fraud is a Class C felony punishable by up to five years in prison and/or up to a $10,000 fine.

Here are FAQs and final stats from the check.

2 thoughts on “R-74 qualifies for ballot”