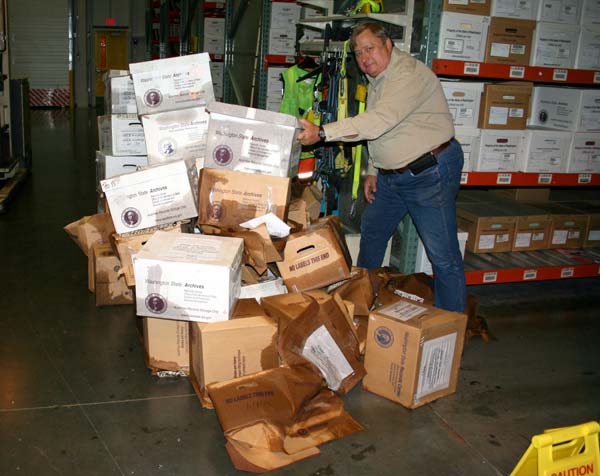 One of the Washington State Archives’ chief responsibilities is to preserve the millions of paper records under its care. Last week, that duty was put to the test when a freak flood at the State Records Center in Tumwater soaked dozens of cardboard boxes full of records.

Thanks to fast, dedicated action by Archives staffers and access to freeze-drying equipment, none of the 700-plus damaged docs will be lost.

The crisis began Thursday afternoon during the storm that struck the South Sound. Normally, a rainstorm wouldn’t impact the State Records Center, located near the Olympia Airport. Problem was, some of the pipes at the Records Center building had been pressure tested and a two-inch valve was blocking one of them, causing a trough and several pipes to quickly fill up with water when the rainstorm hit.

Before long, water flowed down walls inside the building onto several of the shelves holding the document-laden boxes. Several boxes and the paper inside were deluged, while other boxes became wet while the records inside remained dry or only slightly wet. 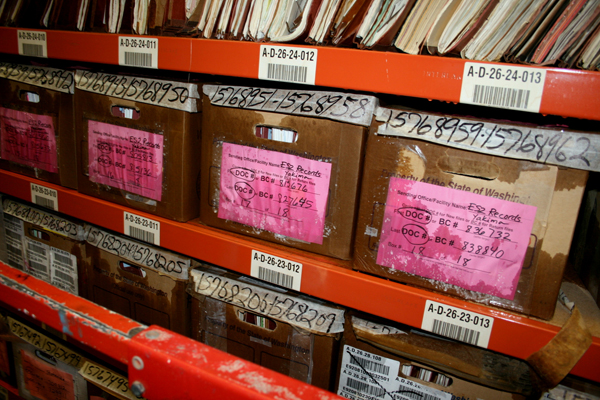 Some of the boxes damaged by water at the State Records Center.

Fortunately, the unexpected deluge happened when several Archives staffers were at work, allowing them to minimize damage.

Plastic garbage cans, tarps, wet vacs, mops and squeegees were quickly brandished for the clean-up effort. Archives employees quickly rescued the damaged boxes, using “cherry picker” machines to reach the higher shelves. After examining them, the staff divided them into three categories: 1) dry, 2) slightly damp or wet, which required only minimal drying; and 3) very wet, which required taking those heavily damaged records by truck Friday morning to a Puyallup facility that freeze-dried them as part of the salvaging process.

Following the freeze-drying, the damaged records will continue to undergo rehab until they are ready to return to the Records Center and be placed on one of its 40-foot-high shelves.

“We won’t lose a single record. There won’t be any mold or rot on them. By the time they come back, you won’t be able to tell there was any damage,” Excell said, who added that many new boxes have been taken to the Records Center to store the once-damaged records.  “There is lots of re-boxing going on.”

Excell and Deputy State Archivist Terry Badger reported that nearly 160 boxes, containing 705 files, were damaged to some degree in the flood.

In an e-mail to Excell and the Archives staff, Secretary of State Kim Wyman commended their excellent response to the crisis:

“What an amazing, timely, and professional response to what could have been a far worse situation.  I know each of you understands the value and importance of these records. Your work to save and protect them has been outstanding. You all have served our citizens and customers so well, even though most of them will have no idea of what it took to provide these quality services.” 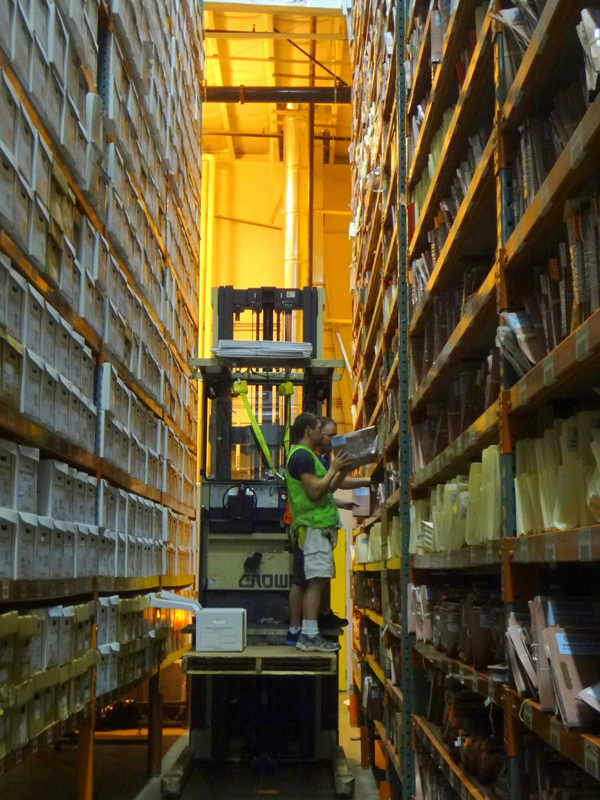