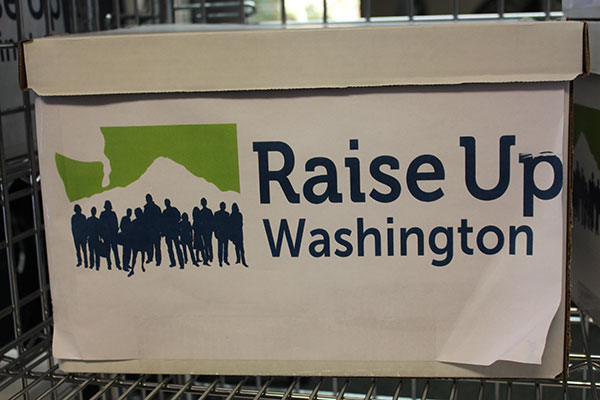 Initiative 1433, a proposal to increase the state minimum wage, will appear on the fall statewide ballot in Washington, says Secretary of State Kim Wyman.

The state Elections Division on Friday completed a random sample of the 345,907 signatures submitted by the initiative backers and determined that the measure easily exceeded the bare minimum of 246,372 valid signatures needed to qualify for the ballot.

Wyman said a random sample of over 10,000 signatures showed most were valid. Rejection rate due to duplicates or invalid signatures was 15 percent, lower than the average error rate of 18 percent.

I-1433 was the first of four Initiatives to the People to qualify.

After that, crews will check I-1501, dealing with “protection of seniors and vulnerable individuals from financial crimes and victimization.” Finally, I-1464 will be checked. It covers campaign finance reform, disclosure and enforcement, and creation of a public campaign financing program.

I-1433 would boost the state minimum wage to $13.50 an hour over four years, up from the current $9.47 under a previously approved initiative that provides annual COLA updates. It also would require employers to provide paid sick leave.

Here is the text: http://tinyurl.com/za6paqk

Two other citizen-generated measures, Initiatives to the Legislature 732 (carbon taxes) and 735 (opposing Citizen United court decision), already have qualified for the fall ballot.