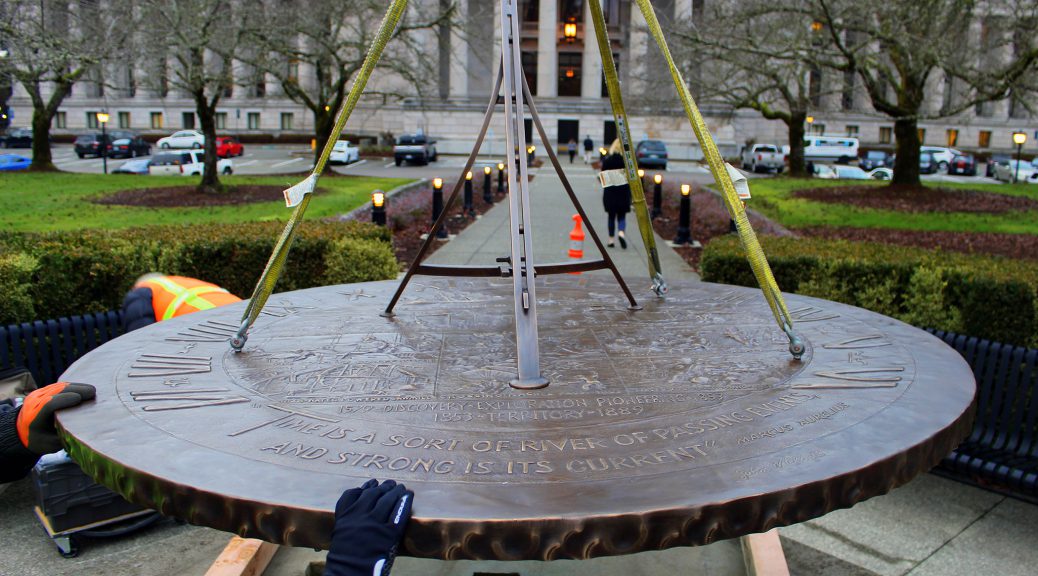 The iconic Territorial Sundial, housed between the Legislative Building and the Joel Pritchard Library, returned to its original location in Olympia after being in Seattle for repairs during the past 6 months. Workers took the aging timepiece to Seattle in July 2017 for its first major overhaul in 59 years. In need of serious repair, the weathered sundial became inaccurate at telling time. 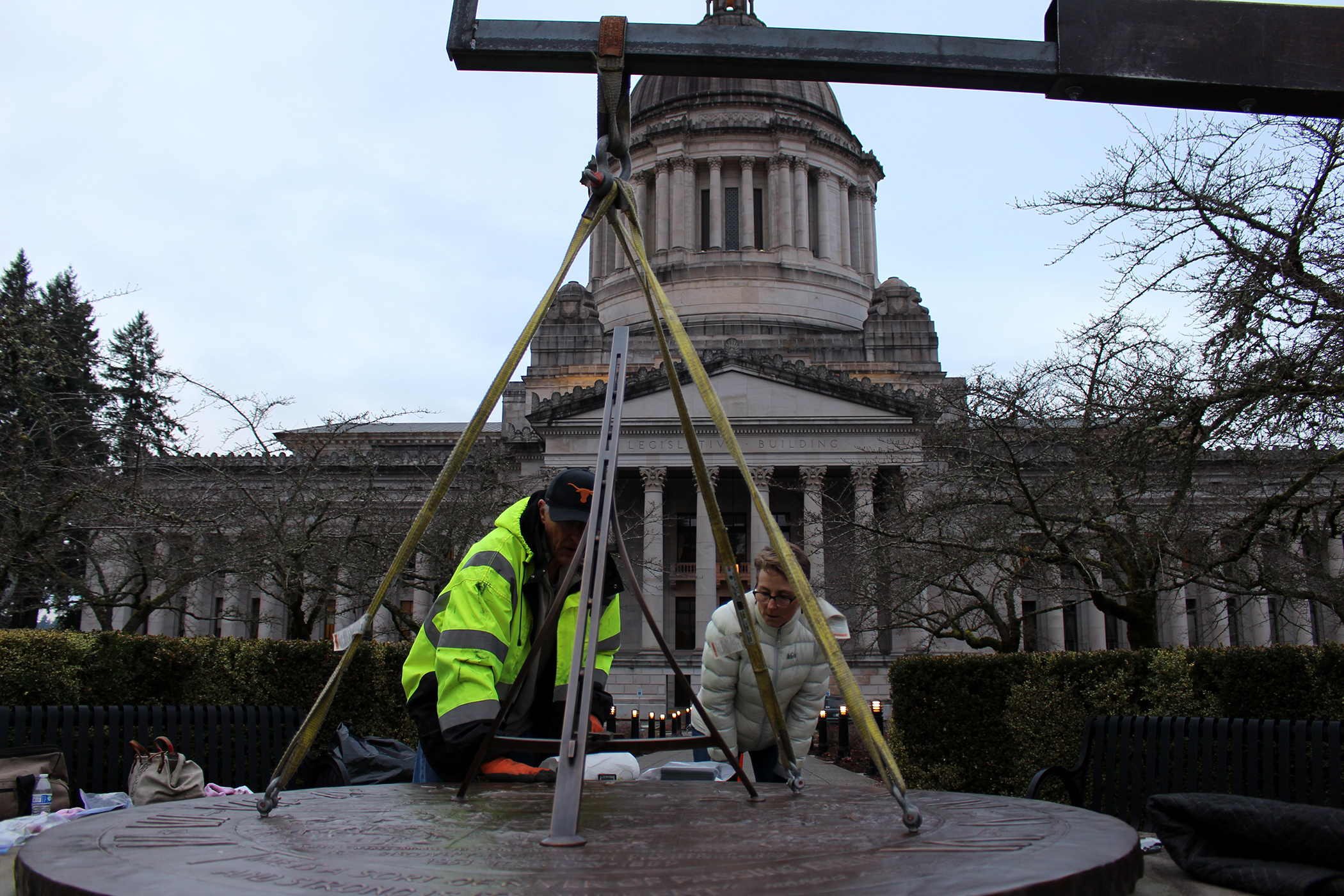 The restoration work done on the sundial included crafting a new stronger gnomon, the part of the dial that casts the shadow. The new gnomon is a replica of the original with improved attachments. Repairs have also been made to the face of the sundial, as well as work on the sundial’s base and anchoring system to ensure its face is flat and horizontal (for accurate time-telling).

The sundial will now be sturdier than ever with improved durability while maintaining its original historic appearance. 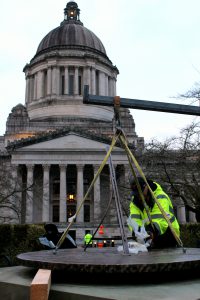 Department of Enterprise Services consulted with the Department of Archaeology and Historic Preservation and the State Arts Commission in deciding to replicate the artwork.

Originally dedicated in January 1959, the Territorial Sundial was designed by artist and master craftsman John W. Elliott (1883-1971). There are eight panels that depict important milestones in our territorial history. The quote by Marcus Aurelius on its display reads, “Time is a sort of river of passing events, and strong is its current.”

There will be a dedication ceremony on Tuesday, January 30th, beginning at noon, to celebrate the sundial’s return.