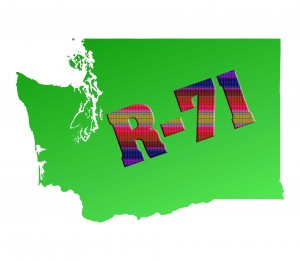 The U.S. Supreme Court has rejected efforts by foes of gay-marriage to block Washington state from releasing Referendum 71 petitions while an appeal is underway in the 9th Circuit Court of Appeals.

The court gave no reasoning for denying the motion by Protect Marriage Washington to issue an injunction.  The order indicates that Justice Anthony Kennedy, who is responsible for motions arising from the 9th Circuit, referred the request to the full court, which did not support the motion. The order indicates that Justice Alito was the lone vote in favor of blocking release of the petitions during the appeals process, and that Justice Kagan did not take part in the court’s deliberation.

“This means that we can once again release these public records,” said Katie Blinn, the state elections co-director.

U.S. District Court Judge Benjamin Settle and the 9th Circuit had previously declined to block release of the petitions while the appeal is underway. The state already had released more than 30 sets of petitions, under terms of the state’s voter-approved Public Records Act.  The law makes no exemption for initiative and referendum petitions.

Protect Marriage Washington, part of a national alliance opposed to same-sex marriage, sponsored R-71 in 2009 to force a public vote on a newly approved “everything but marriage” law that expanded domestic partner benefits for gay couples and heterosexual couples where one partner is at least 62. Voters upheld the law 53 percent to 47 percent.

As of today, there are 9,517 domestic partnerships registered with our office.

In 2009, PMW successfully blocked public release of the petitions, based on contention that signers would be harassed, intimidated or injured. The case went all the way up to the U.S. Supreme Court, which issued a closely watched 8-1 decision that release does not violate First Amendment rights.

The high court did leave open the possibility of “as-applied” challenges in specific controversial cases where sponsors could try to show that release would likely lead to retaliation against signers. Judge  Settle in Tacoma recently held that PMW had not made their case, and said release would be permitted. That is the ruling that is being appealed to the 9th Circuit, and potentially back up to the Supreme Court.

Washington treats initiative and referendum petitions as releasable under the voter-approved Public Records Act.  Secretary of State Sam Reed and Attorney General Rob McKenna view signing petitions as a public act of citizen legislating, not a private act such as voting. They say voters have a right to know who is attempting to legislate, and to double-check the state Elections Division’s review of petitions to determine if there are sufficient numbers of valid signatures to get on the statewide ballot.