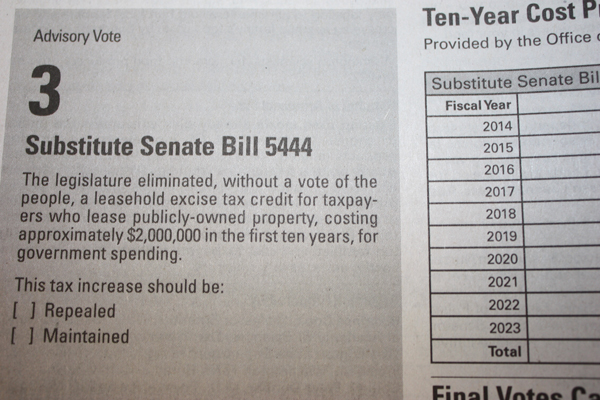 We’re getting lots of questions about a relatively new form of ballot measure in Washington state — the statewide tax advisory vote.   Here are some FAQs to help shed some light:

One thought on “FAQs about those tax advisory votes”