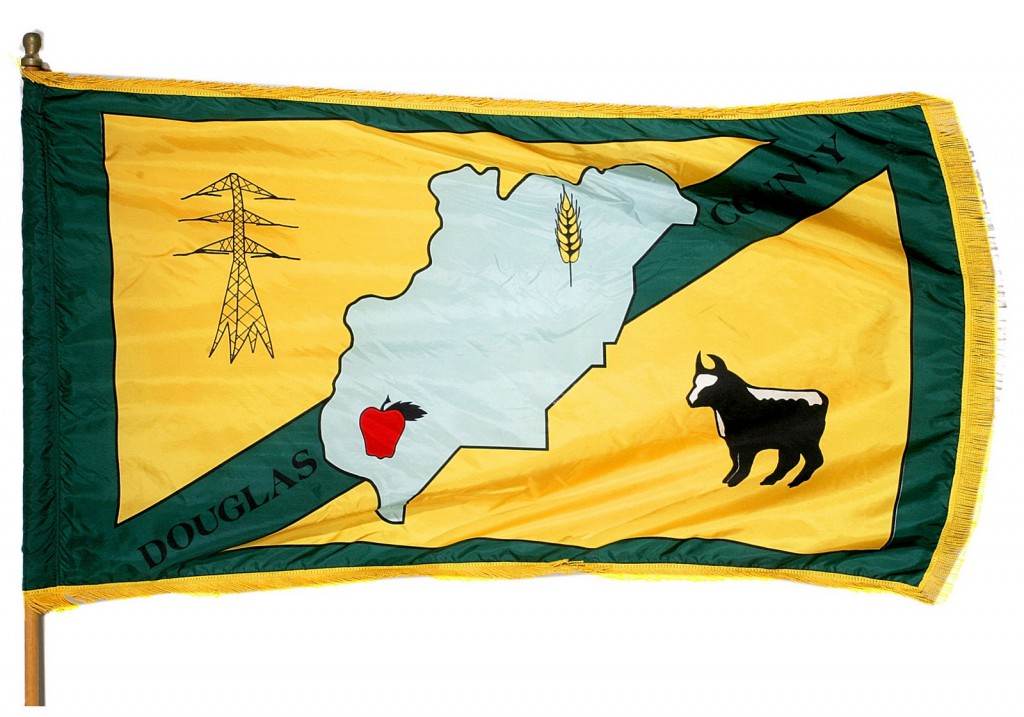 Just east of the Cascade Mountains in roughly the center of Washington lies Douglas County. Douglas, which was founded in 1883 out of land from Lincoln County, is the ninth county in our snapshot series.

Douglas was named after Illinois Senator and statesman Stephen A. Douglas, who famously lost to Abraham Lincoln in the 1860 presidential election. He participated in historic debates with Lincoln regarding issues such as slavery and abolitionism.

Douglas County contains 1,849 square miles of land, and is bordered by the Columbia River on its west, north, and south sides. Its population is about 40,000. Geographically, it is Washington’s 17th largest county. The county seat is in Waterville, but the largest city is East Wenatchee.

The main economic activity in Douglas County is agriculture, which accounts for around a third of total employment. Apples, wheat and cattle are all important products that come from Douglas. The county’s landscape ranges from foothills and riverland, to flatland and steppe that is conducive for farming.