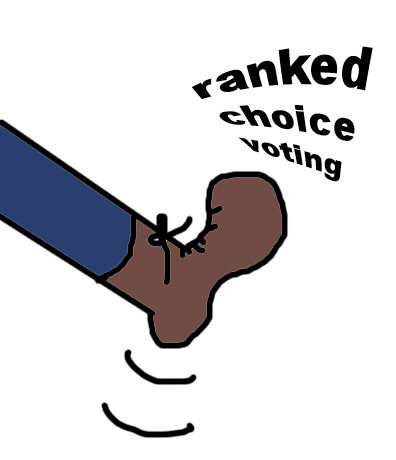 It was widely advertised as the latest cool thing in voting – “ranked-choice voting” or “instant-runoff voting.”

Just three years ago, Pierce County voters, responding to a proposal from the charter review commission, approved this new system for all county elected officials except judges and prosecutors.  This system, used rather than the Top 2 Primary, essentially combines the primary and general. Voters pick their favorites for each office, ranking their choices 1-2-3.   Candidates who win strictly on first-place ballots are declared elected. If no one does, then second and third choices are apportioned out. The factoring is done by a computerized algorithm.

It has always been kinda confusing to explain, but advocates believed it would be extremely popular and then possibly catch on elsewhere.  Its biggest usage was last year when a new County Executive and other offices were filled this way, running in tandem with the regular state primary and general elections.

It went downhill from there.  Voters participating in an auditor’s survey said by a 2-to-1 margin that they didn’t like the system. And this year, it was back on the ballot –and voters have thrown it out by a 71-29 margin.

Proponents say that in retrospect, voters were probably confused by having two separate ballots and because they needed more information on how the system worked. If it catches on elsewhere in the country, as they expect, voters here may be more receptive, they say.  Elections activist Krist Novoselic, who backs RCV, said “In retrospect, the (repeal) amendment was inevitable once the Supreme Court ruling in 2008 restored Washington’s Top 2 system for our state and federal races. From that moment, Pierce County voters were paying extra for two different partisan systmes designed to uphold the same goals of majority rule and voter choice. Something had to give.”

Elections Director Nick Handy, no fan, said it was probably the death knell for the change:

“Just three years ago, Pierce County voters enthusiastically embraced this new idea as a replacement for the then highly unpopular Pick-a-Party primary.”   Pierce County did a terrific job implementing ranked choice voting, but voters flat out did not like it.

The rapid rejection of this election model that has been popular in San Francisco, but few other places, was expected, but no one really anticipated how fast the cradle to grave cycle would run.  The voters wanted it. The voters got and tried it.  The voters did not like it.  And the voters emphatically rejected it.  All in a very quick three years.”