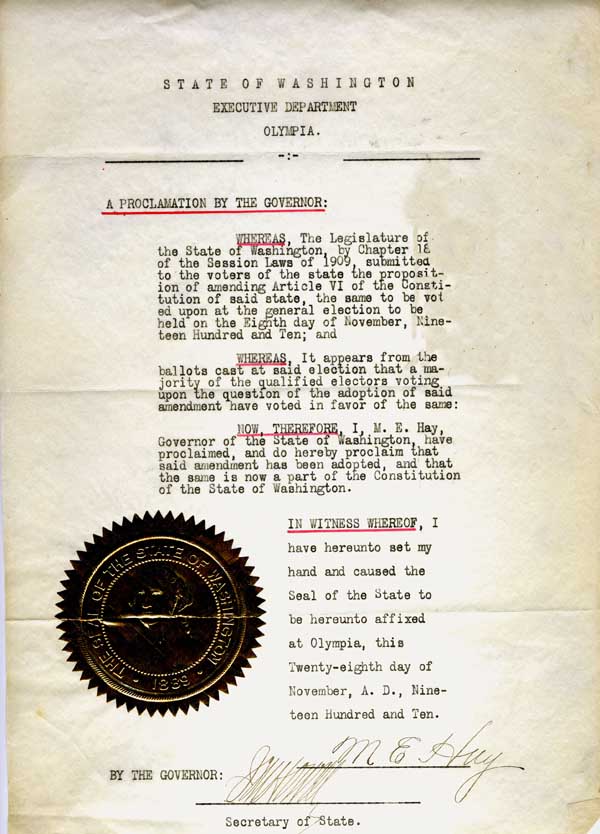 In 1910, Emma Smith DeVoe and May Arkwright Hutton led campaigns in Washington supporting the women’s suffrage amendment.  The ballot measure to amend Article VI of the Washington Constitution was on the 1910 General Election ballot and was passed by majority of 22,623, a favorable vote of nearly 2 to 1.  Washington State joined the western states of Wyoming, Utah, Colorado and Idaho, that had already enacted women’s suffrage.  Washington was the first state in the 20th century to pass women’s suffrage.  Governor Hay signed the proclamation on November 8, 1910.