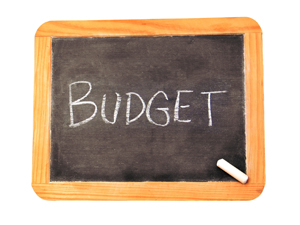 The Washington Senate, acting with rare bipartisan accord, has approved a proposed $32 billion, two-year state budget. Then comes the hard part: negotiations with the House and Governor.

Time is running out for the regular 15-week session. Sunday is the 105th and final day allowed for budget-year sessions, and it’s generally agreed that lawmakers will require overtime, probably starting next week.

As with the Democratic-controlled House, the Senate version of the budget (a replacement amendment to House Bill 1087) relies on pay reductions, freezing voter-mandated education spending, chopping higher education while authorizing big tuition increases, trimming social and health services, and cutting virtually every program in government.

Both houses are considering a number of fee increases, but do not rely on general tax hikes.  Lawmakers and Governor Gregoire faced a $5 billion spending gap due to the sluggish economy, and voters made it all but impossible to raise taxes in Olympia by re-imposing Tim Eyman’s initiative mandate for a two-thirds vote in both chambers.

The Senate vote was 34-13, with nine Republicans, including leaders and their budget lead, Joe Zarelli, joining all but two of the majority Democrats in favor.  Lawmakers said it was the first time either chamber had allowed both parties to write the operating budget. Sen. Jim Hargrove, D-Hoquiam, called it “something historic… a big deal.”

Next step is for negotiators from both chambers, in consultation with the governor, to work section by section, item by item, to line up the two budgets into a single version.

Transportation and construction budgets are handled separately. Legislators announced Tuesday that the two houses have reached agreement on the transpo budget already.