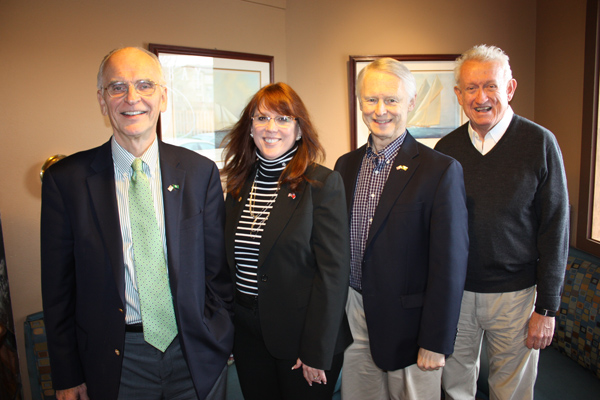 They don’t have a secret handshake (as far as we know), their roll call is rather short, and they seldom meet.  So when the four people who serve or once served as Washington’s Secretary of State do gather, it’s cause for celebration, or at least a blog post.

The new officeholder, Kim Wyman, met with her three predecessors for lunch Tuesday in Olympia. No word on how much they talked shop or discussed whether Gonzaga will reach the Final Four. From left to right: Bruce Chapman, who was appointed as Secretary of State 1975 and was elected to a full term in 1976; Wyman; Sam Reed, who served from 2001 until retiring this January; and Ralph Munro, who served from 1981 until 2001.