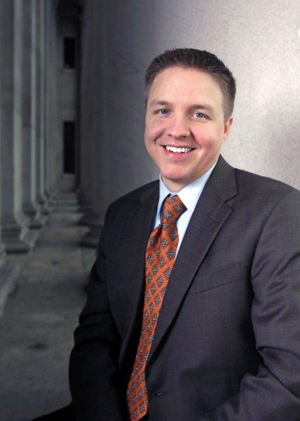 Shane Hamlin, Washington’s deputy elections director and chair of a new interstate project for voter outreach and more accurate registration rolls, was a featured speaker at the Cincinnati field hearing of the blue-ribbon Presidential Commission on Election Administration on Friday.

Hamlin, joined by David Becker, director of election initiatives for the Pew Charitable Trusts, touted the work of the ERIC (Electronic Registration Information Center) project that is already up and running in seven states, with others lining up to join.  The nonprofit organization assists member states with improving the accuracy of voter rolls and boosting access to voter registration for eligible citizens.

Hamlin is chair of the ERIC Board that governs the project.  Pew was instrumental in the ERIC program getting off the ground, sponsoring a 42-member workgroup on voter registration improvements in 2009. Hamlin and Washington Secretary of State Kim Wyman, then the Thurston County auditor, were part of that group.  Though ERIC provided seed money, the project is now funded and governed by member states. States maintain control of their own records and data is anonymized before sharing with other states. ERIC takes privacy and security precautions and adheres to strict state and federal guidelines for protecting voter rights and keeping clean voter rolls, Wyman noted.

Hamlin told the commission the ERIC program is already is a game-changer, empowering the states to more efficiently and effectively update their voters rolls and to get lists of newly citizens who do not appear registered to voter.  In Washington, eligible voters may sign up online.

Wyman said she is enthused about the balanced and innovative approach of ERIC, and proud of Hamlin’s leadership role. Wyman has made it a major priority of the state Elections Division to upgrade voter list maintenance and reach out to eligible, but apparently unregistered, voters.

Elections Director Lori Augino said continuous improvement of the election system is the goal, and that Washington’s 39 counties are key partners in leading the way.