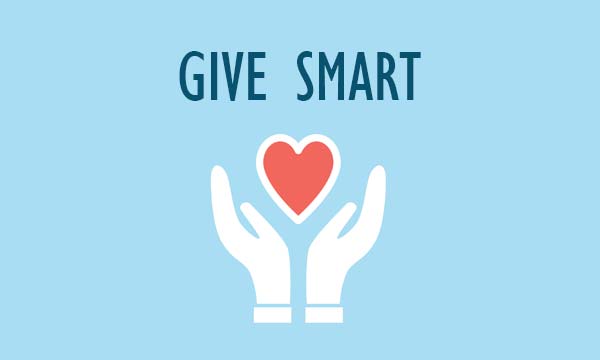 Secretary of State Kim Wyman and Attorney General Bob Ferguson are reminding Washingtonians to make wise choices when giving money to charity and avoid unscrupulous solicitors during this holiday season and beyond.

The two statewide officials who deal most closely with charities also are sharing tips on how to “Give Smart.” They did a joint media blitz on Tuesday. Said Wyman:

“People here in Washington are very generous. Many of us give money to help those in need, here or around the world. Unfortunately, scammers can victimize donors if they aren’t careful and do their homework before giving. Our goal is to help people give smart and avoid being ripped off.”

“When you give to charity, you deserve to know that your donation is going where you intend it to go. There are people out there looking to take advantage of your kindness. Before making a donation, make sure the charity is legitimate.”

Ferguson said there are several common-sense ways to “Give Smart” and avoid being scammed by those seeking donations:

The Office of Secretary of State’s Charities Program has released the latest figures in its Commercial Fundraiser Activity Report. The report spotlights recent financial information for commercial fundraisers who solicit or collect donations on behalf of their charity clients. The causes vary widely and include police, firefighter and veteran organizations, medical research, animal welfare, civil liberties, and the environment.

Overall in 2016, charities that used commercial fundraisers received an average of 61 percent of contributions, higher than the 52 percent found in the 2015 report. As usual, the percentage that individual fundraisers retained was wide-ranging: Some fundraisers kept less than 10 percent and sent the remaining funds to their charity client(s), while other fundraisers’ fees and expenses were more than the amount raised.

Click https://www.sos.wa.gov/charities/cfr.aspx to see the current report, which can be viewed as a PDF or Excel file.