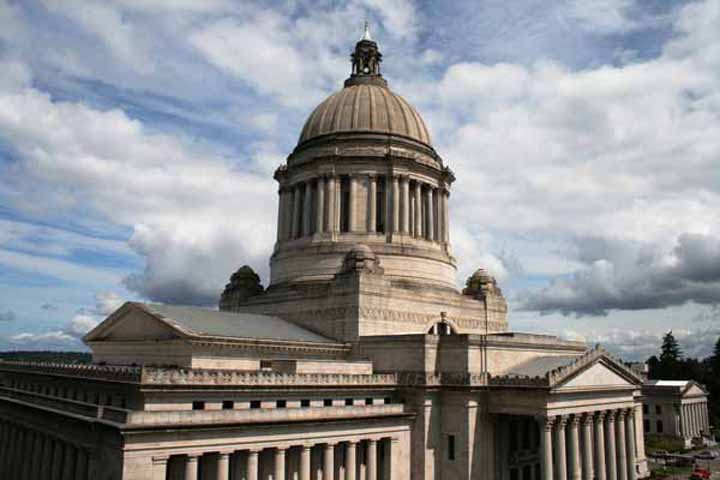 Secretary of State Kim Wyman is proposing a date change for Washington’s Presidential Primary, as well as other reforms of the state’s elections system as part of her package of requested bills to the Legislature this year.

Wyman is asking legislators to make a few modifications to the state’s Presidential Primary, including moving its date from the fourth Tuesday in May to the second Tuesday in March.

“The lateness of Washington’s Presidential Primary last year made it clear that we need to move it earlier in the process so our state can be more relevant in helping choose the nominees,” said Wyman, who previously tried in 2015 to convince the state’s Presidential Primary Date Selection Committee to move the state’s 2016 primary to March. “By moving it to March, more candidates will come to Washington, allowing our voters to have their voices heard at a point in the campaign when the nominations are still undecided.”

“The main reason why we saw a drop in turnout for our Presidential Primary last year is because voters are required to declare if they are a Democrat or Republican, and many voters either don’t want to be affiliated with any party or want to keep their party preference private. Restoring the unaffiliated option will boost voter turnout,” Wyman said.

The proposal would also allow removal of presidential candidates from the ballot (prior to printing) if they die, withdraw or suspend their campaign. Last year, Republican presidential candidate Ben Carson dropped out of the race nearly three months before Washington’s Presidential Primary, but the state Elections Division could not remove Carson’s name from the ballot because Carson did not submit a Withdrawal of Candidacy.

Wyman is proposing several other elections-related bills this session, including:

Authorizing voter registration sign-ups for 17-year-old future voters using online, mail, and in-person registration forms. As a safeguard, the bill would create a “pending” file for 17-year-olds that would not appear in the official list of registered voters until they turn 18. Currently, 17½-year-olds are allowed to pre-register and then vote as soon as they turn 18. SB 5335, prime-sponsored by Sen. Joe Fain (R-Auburn), is in the Senate State Government Committee. HB 1471, prime-sponsored by Rep. Steve Bergquist (D-Renton), is in the House State Government Committee.

“Rather than expecting a young person to register at some random time by themselves or tie it to getting a driver’s license long before they’re eligible to vote, here we link to civics education about why voting matters,” said Wyman, who has been an election administrator at state and county levels for most of her adult career. “We give students and their classmates an instant opportunity to fill out their registration.”

Protecting ballot drop boxes. The legislation clarifies that damaging a ballot drop box and tampering, damaging or stealing ballots is a class B felony (malicious mischief.) The proposal also establishes a class C felony crime of attempting to physically damage, destroy or remove without permission a ballot box or the ballot box’s contents. SB 5336, prime-sponsored by Sen. Miloscia, is in the Senate Law and Justice Committee, where it will receive a public hearing this Tuesday at 10 a.m. HB 1472, prime-sponsored by Rep. Hudgins, is in the House Public Safety Committee.

Codifying redistricting changes by amending statutes in order to conform to the new state redistricting timelines created by the passage of Senate Joint Resolution 8210 in the 2016 General Election last fall. SB 5398, prime-sponsored by Sen. Miloscia, is in the Senate State Government Committee. HB 1567, prime-sponsored by Rep. John Koster (R-Arlington), is in the House State Government Committee.

The only non-elections bill in Wyman’s legislative package is Senate Bill 5040, which makes revisions and clarifying changes to the uniform business organizations code. Prime-sponsored by Sen. Jamie Pedersen (D-Seattle), the proposal received a public hearing last Thursday in the Senate Law and Justice Committee. The panel is scheduled to vote on the bill this Wednesday.