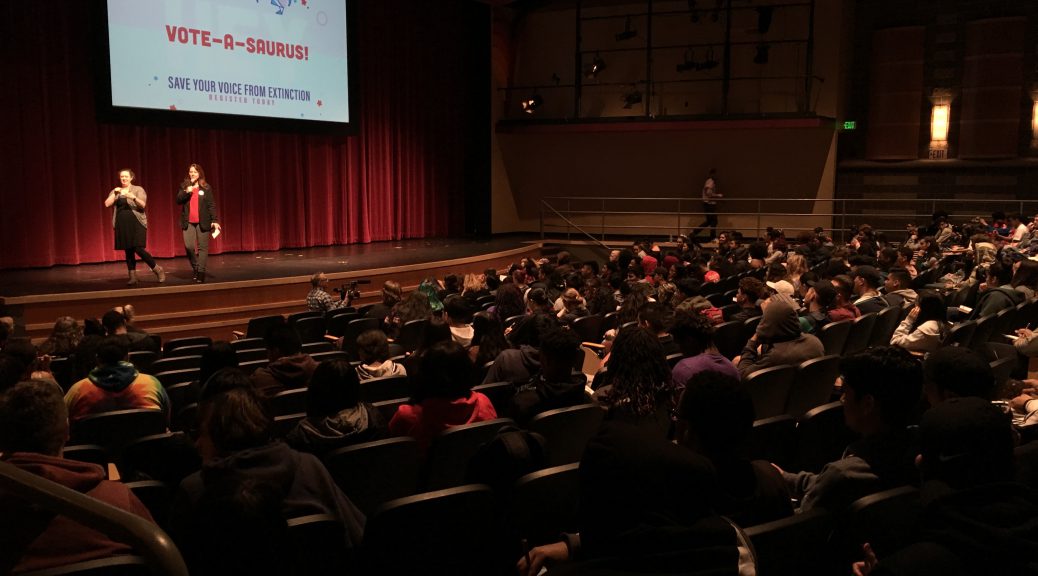 Since 2012, elections officials across America have made National Voter Registration Day an annual focal point of public-awareness campaigns to get more eligible citizens to register to vote.

In Washington, as in other states, the effort has concentrated largely on getting young adults to sign up as registered voters. This demographic is targeted for two key reasons:

First, the U.S. Census Bureau regularly finds that young people who are eligible to vote are registered at much lower rates than citizens in older age groups.

This work to increase young-voter participation took Secretary of State Kim Wyman into a series of forums, online and in person, on Sept. 25 to promote National Voter Registration Day 2018. She appeared at Highline College, Pacific Lutheran University, and Mount Tahoma High School to promote civic engagement and voter registration with student groups and classes. 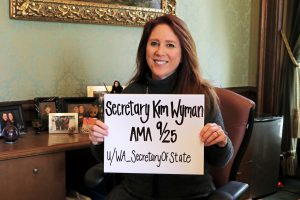 Sec. Wyman also co-hosted a Reddit.com Ask Me Anything session with Minnesota Secretary of State Steve Simon to answer questions about voting and government.

Elections Division officials report that 8,616 Washingtonians registered to vote online or updated existing registrations on National Voter Registration Day 2018, topping the 8,271 registrants during the 2016 event. For the year, Washington had newly registered 289,333 voters as of the end of September, 65,590 of whom registered online.

Here’s a chart of Washington’s new voter registrations going back to 2016:

The deadline is Oct. 8 to register online or by mail to vote in this year’s General Election, so be sure your friends and family know about the convenience of signing up at MyVote.