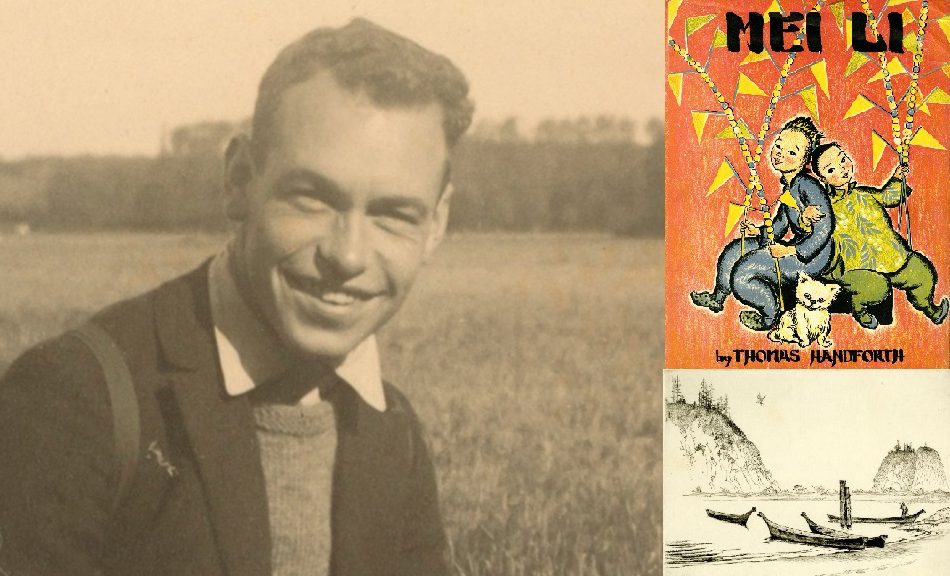 With grant support from the Washington State Library, the Tacoma Public Library (TPL) recently completed a year-long digitization project to preserve and share the work of artist Thomas Handforth (1897-1948).

Best known for his children’s book Mei Li, which won the 1939 Caldecott Medal for illustration, Handforth was born in Tacoma, and studied art at the University of Washington. Some of his early etchings and anatomical drawings stem from when he enlisted in the U.S. Army in 1918, serving in France with the anatomical unit in the Army’s Sanitary Corps.

Handforth went on to study at L’Ecole des Beaux-Arts in France, live abroad, travel extensively, and produce art that depicted life in places like Morocco, Mexico, India, and other parts of Asia.

In 1982, TPL’s Northwest Room received the Handforth Collection from the Handforth family. More than 70 years following the artist’s death, this collection of Handforth’s unpublished work has finally entered the public domain. Through the Washington Digital Heritage grant, TPL digitized over 300 of Handforth’s drawings, prints, letters, and paintings. These can be viewed at: https://www.tacomalibrary.org/thomas-s-handforth-digital-image-archive/

A highpoint of this project was the digitization of an aluminum disc recording of Handforth describing the background of his writing of Mei Li. It was recorded following his award of the Caldecott Medal at the 1939 annual conference of the American Library Association in San Francisco, and broadcast on early WNBC (WEAF) radio stations.

For decades, TPL had been unable to listen to this recording; no equipment existed to play the (soft metal) disc without possibly damaging or destroying it. But using grant funds, the Library was able to identify an organization that could decode the aluminum disc using microphotography to image and re-code the mechanical media into a digital file. According to TPL’s Beverly Choltco-Devlin, “The Library’s Northwest Room staff were in tears when we finally listened to the audio file. This is the only known recording of Thomas Handforth’s voice, and we were hearing it for the first time in 80 years.”

The recording can be accessed in two parts:

TPL’s work in bringing Handforth’s material to light led to his material being included in a new exhibition at the Cascadia Art Museum (Edmonds, WA): The Lavender Palette: Gay Culture and the Art of Washington State. The two organizations are hoping to collaborate on a Handforth biography and fine art book slated for publication in 2021-22, dependent upon funding.

This grant was made possible with Library Services and Technology Act funding provided by the federal Institute of Museum and Library Services through the Washington State Library, a division of the Office of the Secretary of State. For information regarding future digitization grant opportunities, please contact Evan Robb, Digital Repository Librarian at evan.robb@sos.wa.gov, (360) 704-5228.

One thought on “Giving New voice to Thomas Handforth, a Northwest artist with global perspective”