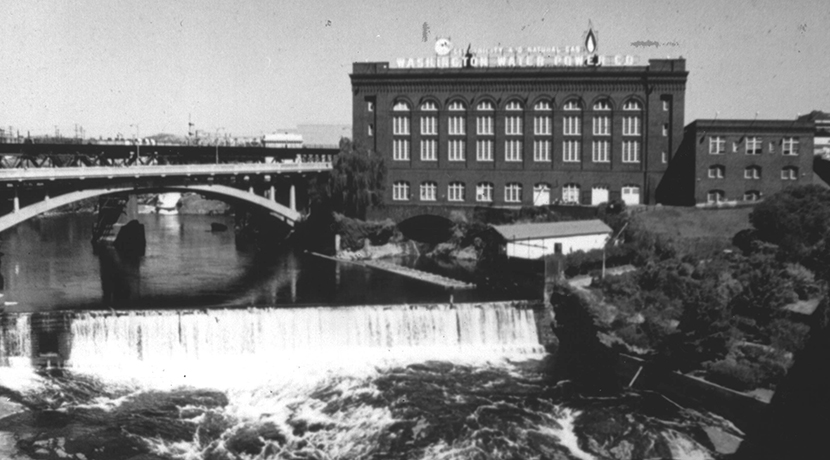 From the 1930s through at least the 1950s, there was tension between “public power” advocates and supporters of privately owned power utilities. The tension is reflected in the fact that many counties and municipalities own and operate their own public utilities, while Spokane’s electrical power comes from a publicly traded corporation called Avista (formerly Washington Water Power [WWP]).

In 2021 Eastern Regional Branch Archivist Lee Pierce uncovered a nearly forgotten collection that provides researchers with something of an insider’s view of this conflict.

William Lubrecht “Lou” Thrailkill was born in Hamilton, Mont., in 1902. One of his earliest memories was of his family’s escape from the “Great Fire of 1910.” Mr. Thrailkill lived in towns across the Northwest, from Missoula to Bremerton to Olympia. In 1933, his family finally settled in Spokane, and he started to work with WWP. (Previously, he graduated with an Engineering degree from University of Washington and taught general engineering there for a year after graduation.)

Thrailkill joined WWP just as the national movement toward public ownership of electrical and other utilities was growing. His first task was to create a complete and comprehensive inventory of all the property WWP owned, perhaps his most notable project. This inventory was necessary so WWP could put a fair value on its holdings in condemnation proceedings following the decision in many communities to go with public ownership. His obituary in the Spokesman Review (April 24, 1997) noted, “His proudest achievement at WWP was an exhaustive inventory of every asset owned by the utility.”

This project began in the early ‘30s and was completed after World War II. Thrailkill spent much of his career fighting against public-utility ownership in court cases and in written articles, winning several industry association awards in the process.

In 1944, Thrailkill was promoted to assistant general manager. In 1956, he became the vice president in charge of finance. In the interim, he was elected president of the Northwest Electric Power and Light Association. He retired from WWP in 1967 and went on to serve as director at National Bank of Washington.

Thrailkill was deeply involved in the Boy Scouts of America, especially after retirement. He won awards and recognition from the late ‘50s through the late ‘70s. He and his wife were adoptive parents; the autobiography and source materials show what a devoted, proud parent he was.

In 1997, Thrailkill’s daughter and editor of his autobiography M. Joy Thrailkill Iverson donated a copy of his autobiography (along with four binders of source correspondence, newspaper clippings, and photographs) to the Washington State Archives. For nearly a quarter-century the collection sat, uncataloged and unremarked, until Pierce found it. The collection has since been cataloged and processed for preservation, and will provide vital insight into the debate between public and private utilities.