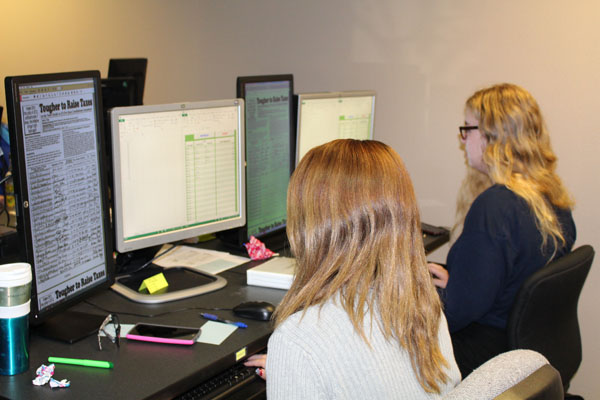 Wyman said she takes no position on the initiative nor on whether it would be constitutional if approved by the voters. She said her interest is in defending the public’s right to vote on a measure that was qualified for the ballot via petitions signed by over 339,000 people.

“The subject matter of I-1366 is not outside the scope of the people’s initiative power,” and the courts have made it a practice to avoid pre-election review except in “limited and rare circumstances” that do not apply here, Wyman said.

Her comments came as her attorneys filed a response Tuesday to a lawsuit that seeks an injunction against the Office of Secretary of State including the initiative on the fall statewide ballot. Secretary Wyman is represented by Deputy Solicitors General Rebecca Glasgow, Callie Castillo and Peter Gonick.

King County Superior Court Judge Dean Lum will hear the case at 10 a.m. Friday. The courtroom is in E-713 of the county courthouse.

The ballot measure, filed by initiative activist Tim Eyman, would reduce the state sales tax by 1 percent (from 6.5 to 5.5 percent) unless the Legislature refers to the 2016 statewide fall ballot a constitutional amendment requiring two-thirds votes of House and Senate to raise taxes in Olympia.

The Secretary’s response says that “I-1366, if adopted, is legislative in nature and would not amend the Washington Constitution. Thus I-1366 is within the legislative power (of the people) and it should remain on the ballot.”

Her brief says the initiative would amend the tax rate, “an act that is plainly legislative in nature, and (includes) a constitutional amendment that is solely a contingency that may or may not occur.”

Her brief adds: “The Washington Supreme Court has recognized that striking a qualifying initiative from the ballot is an extraordinary act that is reserved for the most extreme circumstances. It has found only one statewide initiative to be outside the scope of legislative power in the entire history of Washington’s initiative process. …

“Historically, Washington courts have closely guarded the voters’ right to exercise their choice without judicial interference.”

Wyman’s brief concludes that she “does not support or oppose this particular measure as a matter of policy nor does she take a position about its ultimate legitimacy, (but) does have an interest in defending the voters’ right to have their say.”