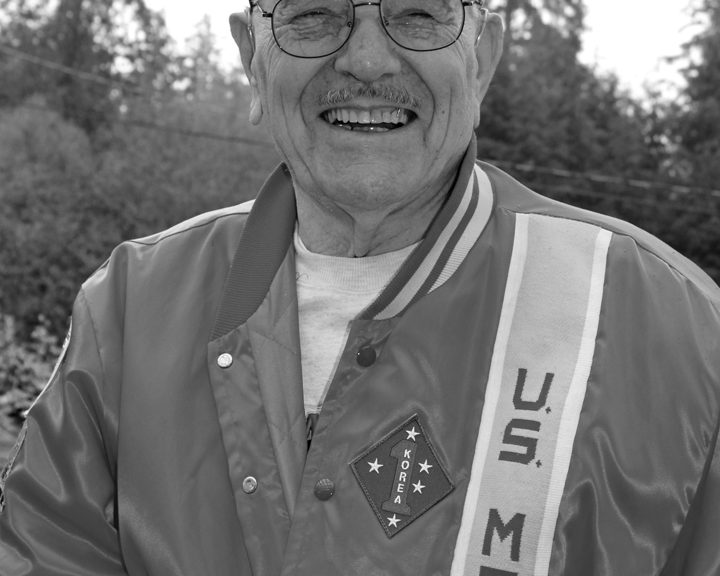 Our Legacy Washington team is preparing for its Sept. 14 launch of its new exhibit, “Korea 65: The Forgotten War Remembered.” It explores the stories of 13 Washingtonians who experienced the Korean War in different ways, from U.S. soldiers who fought in the war, to a nurse who worked in a MASH unit, to Korean Americans who grew up in Korea during or after the war.

The public is welcome to attend the Korea 65 exhibit launch at the Capitol. It starts at 2:30 p.m. Sept. 14 with Korean dance performances in the Rotunda. The formal ceremony begins at 3 in the State Reception Room. Afterward, attendees are invited to the Office of the Secretary of State to view the exhibit in the front lobby.

With the launch less than a week away, we are taking a sneak peek at the exhibit subjects.

Our latest look is at Jim Evans and Sotero Soto, whose profiles were written by Legacy Washington’s chief oral historian, John C. Hughes.

The Evans profile captures his gripping combat experiences as a Marine Corps corporal during some of the darkest days of the Korean War.

Evans was one of “The Chosin Few” who fought in the legendary battle at the Chosin Reservoir in North Korea. The battle took place in the winter of 1950, with temperatures reaching 50 below zero when factoring in wind chill. The 1st Marine Division, Evans’ outfit, recorded 11,700 casualties in the breakout from the Chosin Reservoir, including 7,300 just from the cold. As the division retreated, it inflicted far heavier casualties on the Chinese, despite being greatly outnumbered. Marine Corps historians call it the Corps’ finest hour.

Evans, who grew up in Humptulips in rural Grays Harbor County, comes from a family steeped in American history. His third great-grandfather, John Hurlbut III, was an infantryman with the Continental Army during the Revolutionary War. Evans’ paternal grandfather fought for the Union in the Civil War.

Sotero Soto, 89, is a fifth-generation Texan who grew up at Eagle Pass, the first American settlement on the Rio Grande. Part Apache, Hispanic and African American, Soto enlisted in the Army at age 21 at the outbreak of the Korean War in 1950. 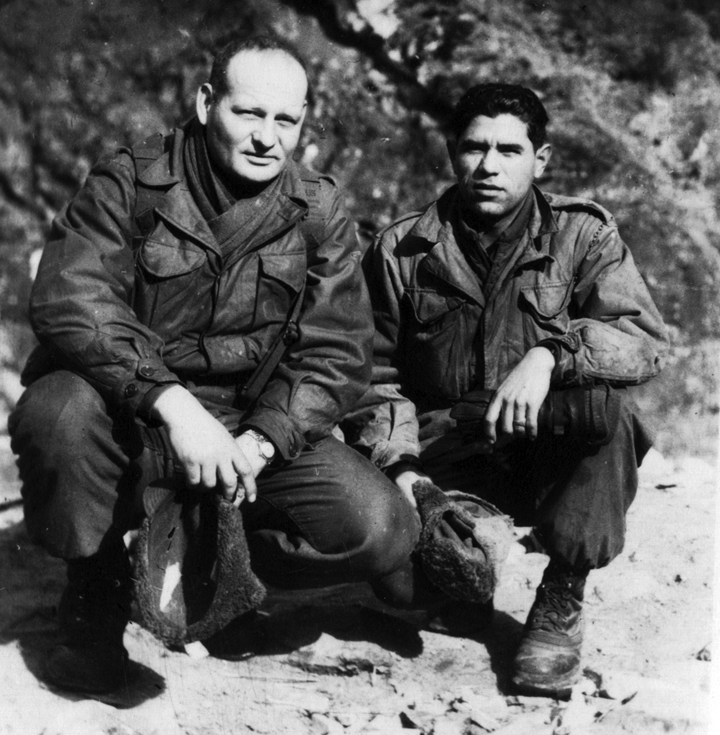 After basic training, Soto was selected for combat engineers’ school at Fort Belvoir, Virginia.
Soto arrived in Korea in 1951 and advanced from private to sergeant first class in only 14 months. He received acclaim from his superiors for being so resourceful in using explosives.

Soto received his orders to return stateside in late 1952. After a brief stay at Fort Lewis, Soto was sent to Fort Worden at Port Townsend, where he was assigned to train replacements for the 2nd Engineer Special Brigade. Soto was discharged from the Army in September 1953, a few weeks after the war ended in a stalemate.

Sotero and his wife, Esther, live outside Tumwater. Nowadays, Sotero often wears a “Korea Veteran” ballcap, a reminder of his years serving in the war.

You can read Hughes’ profile on Soto here.